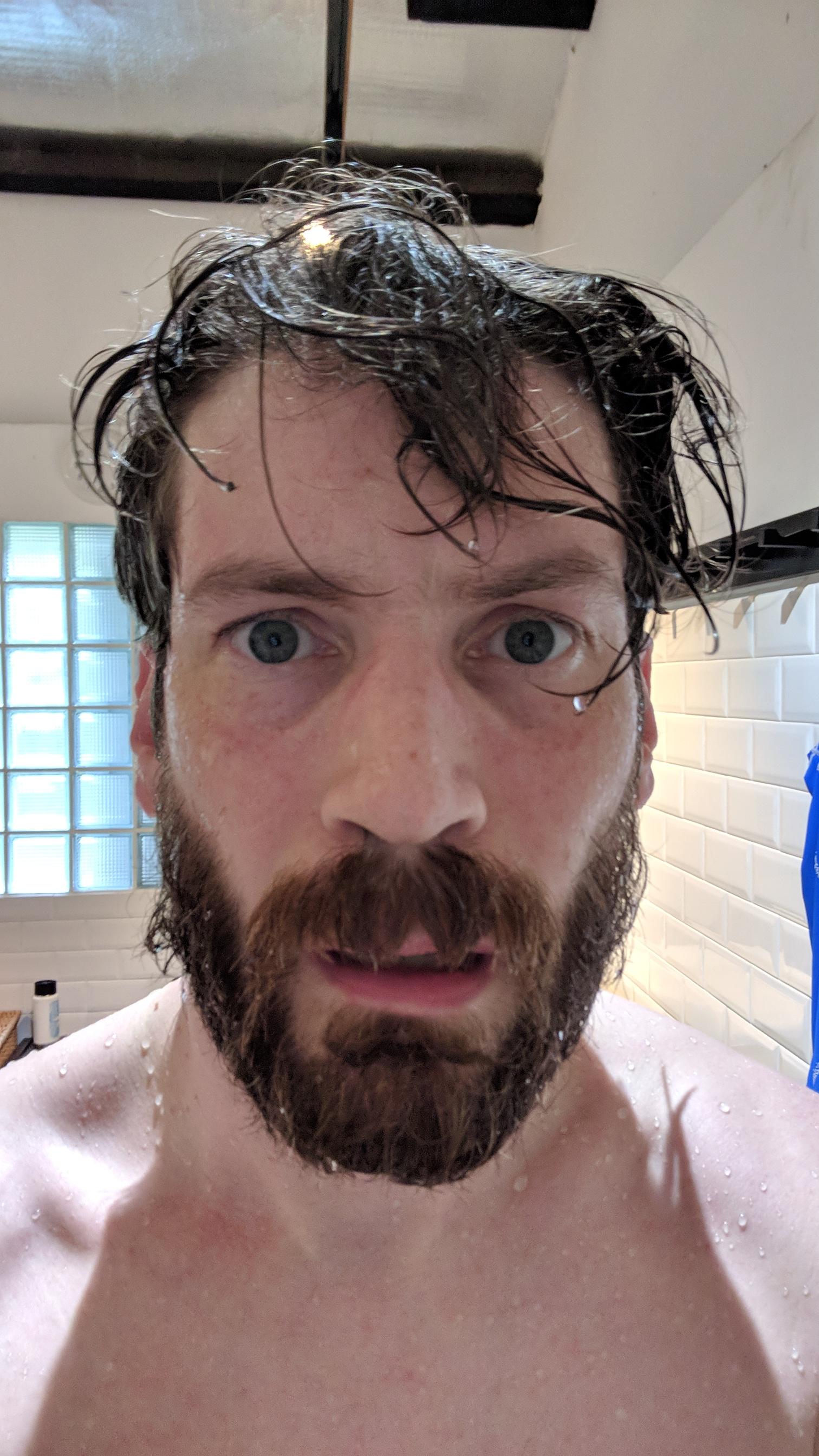 Another half hour today of nothing but freestyle. As I suggested a few weeks ago, there was going to be a tipping point where suddenly things got a lot easier, and we’ve now reached that point. I can reliably do two lengths (40 metres) without stopping, so now I have a nice strong base to work from, rather than struggling to make it from one end of the pool to the other.

Today we concentrated on making things harder: first by adding the dreaded hand paddles to make my strokes less effective, and then having to clench a foam pool float between my legs to stop me from relying on kicking. Now that I don’t panic as much, this is an economic, if slower, way for me to travel up and down the pool; at least 30% slower but I can do a length without tiring, so I suppose I the long term not having to use my legs helps.

I do still have bad memories of the last time I tried using a float between my legs and somehow needed two physio sessions after I put my neck out. Not using my legs means I tend to over-roll, or tense my lower back too much, but mostly now I can stay calm and recover. It’s all about staying calm.

Well, mostly. I had to try to sprint one length, and only managed 29 seconds, vs my PB of 27,but that was on a day where I’d had hardly any sleep and done a lot of strength training in the morning.

Hmm, that’s not quite right. I was also kicking more a few weeks ago, and stylistic changes probably sacrifice performance until they’re fully engrained, so being knackered probably isn’t a performance enhancer. Plus I’d had four shots of espresso today and that doesn’t seem to help me float.

So, takeaways from today – kick harder, kick less, and try to recover arms forward faster. And make a bigger pull back.