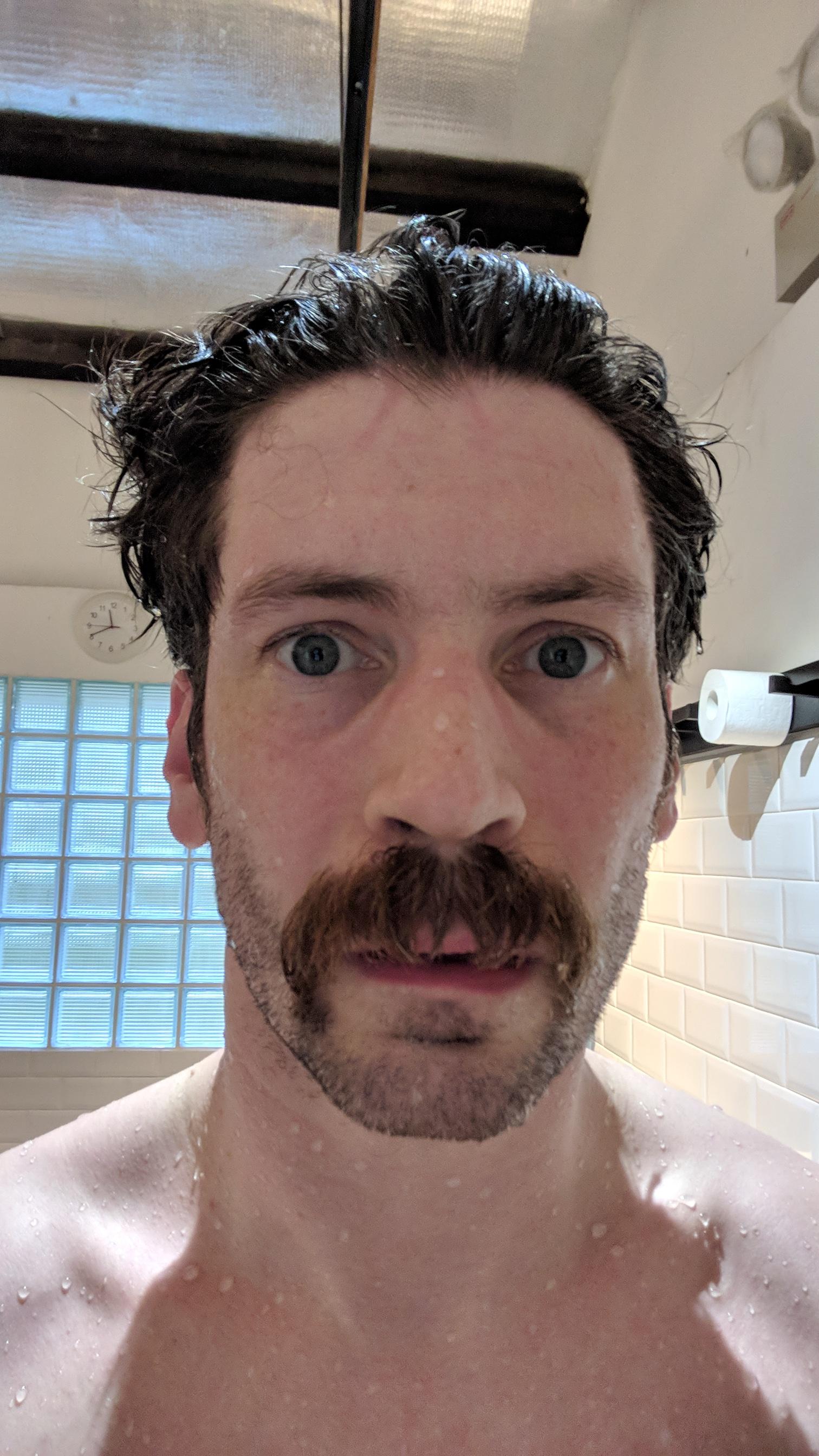 Because my wife is going to be away until Tuesday, today was my last chance to get some exercise. I haven’t done my pull ups since Sunday, so at lunchtime I rushed over to Boulder Movement and cranked out 30. This was pretty brutal: I managed to do sets of 5 with a 90 second rest for the first half, but after that it got harder and harder, until I was doing one or two at a time. I was also rushing to pick up a photo I’d had framed, so after I’d done my pull ups I had to run up three flights of stairs in the mall to the framing shop, and then rush across town, dripping with sweat, carrying an enormous frame with me.

As a result, I only felt capable of doing half an hour swim tonight. Today, again, more freestyle work.

What we focussed on today were my hands. That seems to be one of my big gaps at the moment, and it appears to be because I’m still cupping my hands rather than flexing them.

The cue to fix this is to stretch your hands straight, pointing them down to the floor of the pool. Doing this made an instant and huge effect. Now every pull I make drives me a lot further, and without being more tiring.

That said, I was already really tired, so I only managed at best 40 metres without stopping. The good thing is that swimming a bit tired forced me to be a bit more relaxed, trying to glide more and kick a little less. I’m also now mostly capable of going four strokes between breaths, when before it was impossible to go more than two strokes. So that’s a progression.

I got home, lay down with the kids, woke up an hour and a half later groggy as hell. Another good day.