La Serpiente came in at 5 to wake us up, and I pleased with her for more sleep. I think we made it as far as 5:30 before she’d forced us all up with her relentless energy.
The day went well – she was very happy with her presents and got to speak to her grandparents and aunt in the UK. Most of the time her head was buried in a book, because books are wonderful things, and also because we didn’t have enough batteries for the walkie talkies we bought her.

It was another glorious hot, sunny day. Not so good for me as I had to be inside working, but I had a bit of time to take her down to the greengrocers, where I bought huge amounts of fruit and then discovered it’s not good to try to transport peaches in the pannier of your bike: I returned home with most of the soft fruit crushed, which meant we had to eat it right away.

Finally, the cake appeared, and it was every bit as good as it had looked. Friends visited with their kids, we all ate pizza and then the girls ran around the park until they were totally exhausted. And finally, nineteen hours later, I crawl to bed myself … 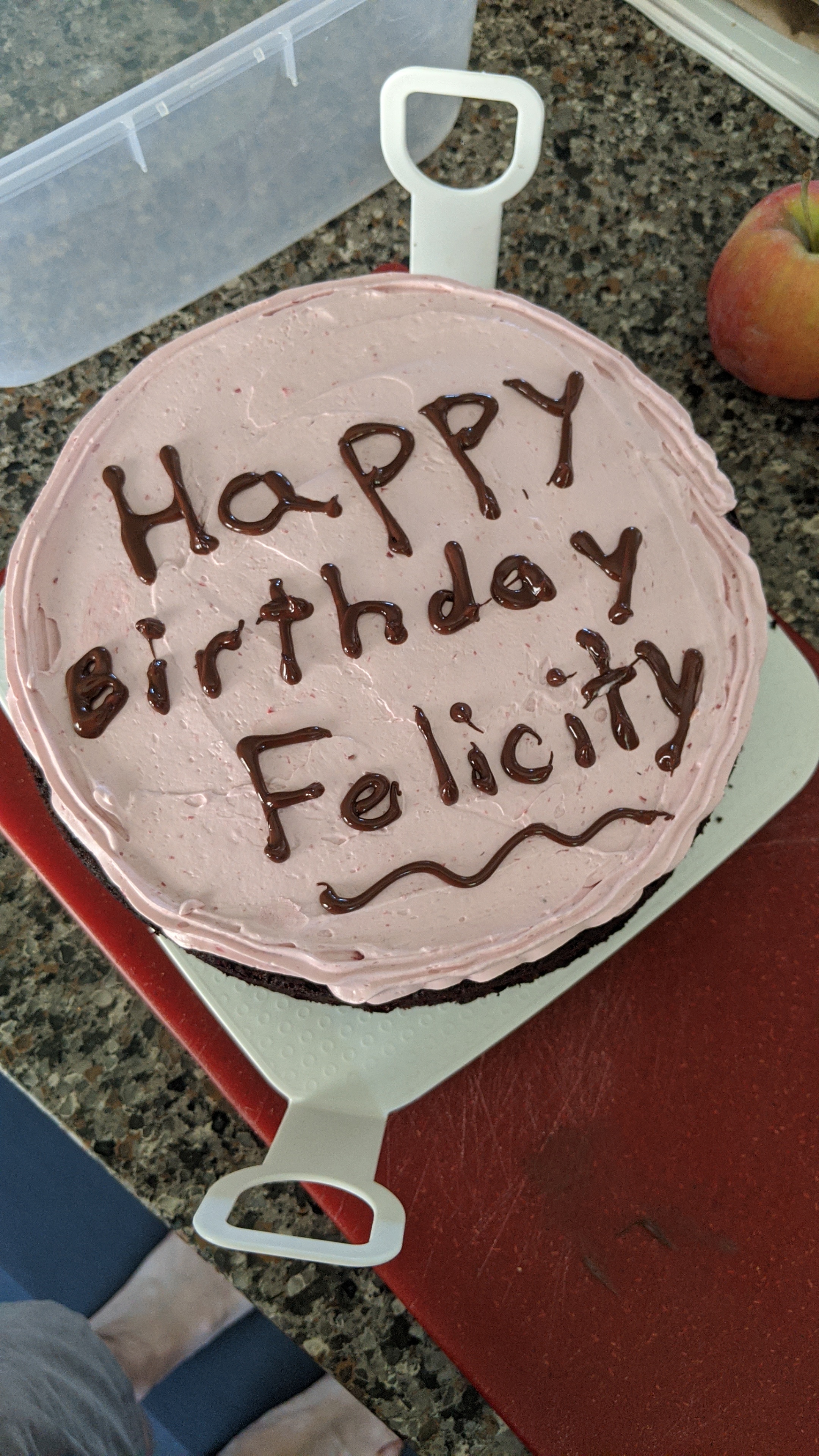