I got home from work ealet this evening, to take the girls out trick or treating. In the UK, Halloween is a time for mischief and making a nuisance late at night. In at least our corner of Seattle, its a time when small children wander the neighbourhood filling pillowcases with candy.
Ah, candy. Candy is a bit like sweets, but usually not as good. It’s mostly dreadful American chocolate like Hershey’s, or pure sugar with a bit of food colouring, or something disgusting made of peanut butter. Sadly, my kids love it, rejecting their British heritage.

We walked two blocks of the neighbourhood, La Serpiente dressed up as a fox and Destroyer as a sugar glider, a kind of flying squirrel. There were various other children dressed as superheroes, or princesses, or as a jellyfish (an inventive use of a transparent umbrella) but no supernatural forces of terror.

Yes, there were graveyards and skeletons and spooky music playing, but the whole thing was very wholesome, almost too much so, to the point where I’d get suspicious.

I walked with the kids for an hour, then relieved my wife and sat on the porch handing out candy to passers-by. It’s a good life, if you don’t weaken.

My parents were quite impressed by this, I think. Back in England there’s a hullabaloo and people get eggs thrown at their house; having the kids filled with sugar is a lot tidier, at least in the short term. 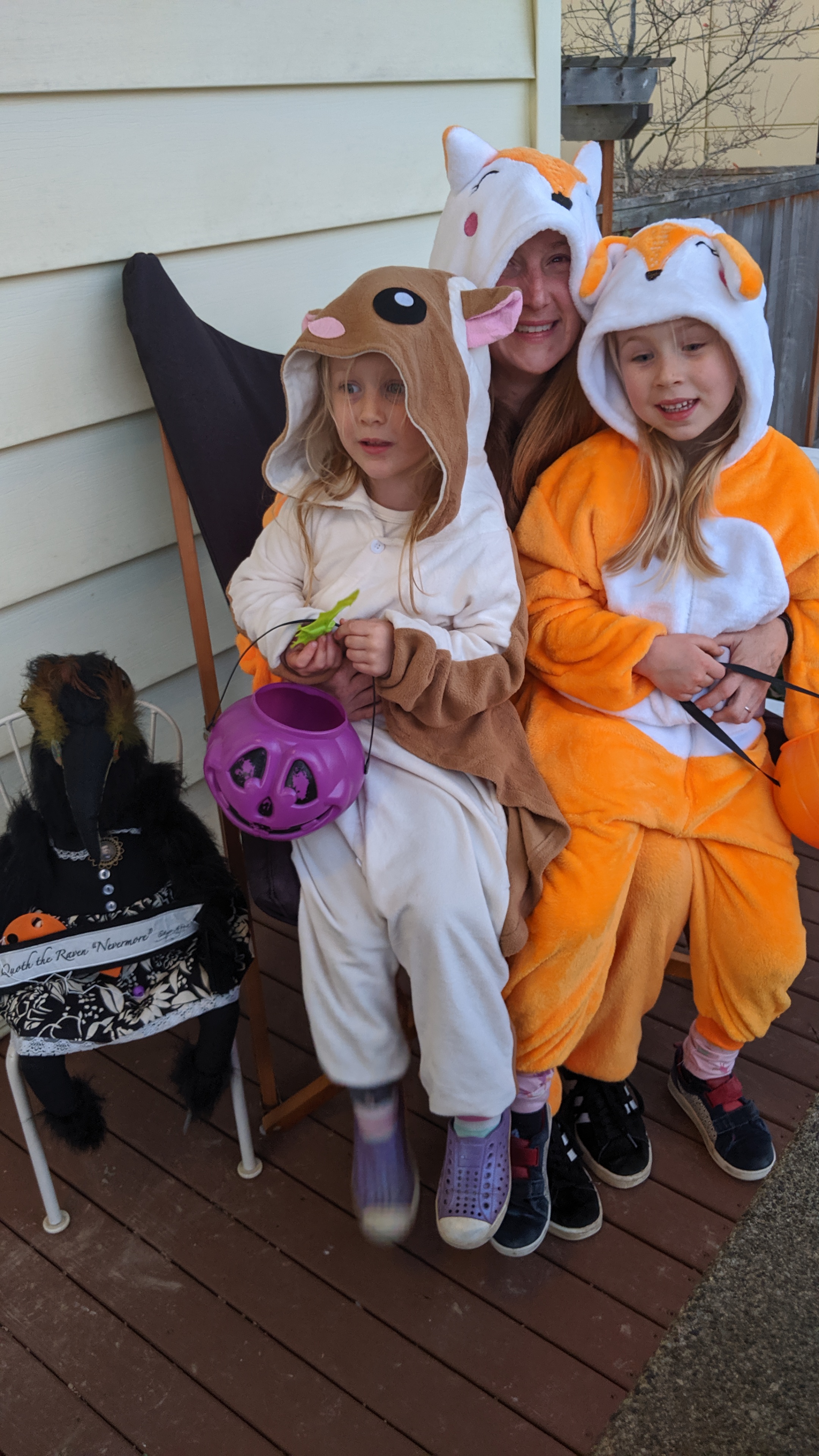