A good day of stuff

I went climbing this evening after the girls were in bed; back to the Main Walls in Fremont, which is not my favourite place to climb, but there’s variety there, and so although some stuff is just too big and challenging, there’s enough that I can try.
I did an hour, and didn’t hurt myself, which was good. Along the way I managed to do a nice overhanging problem on my first attempt, and also some stuff that’s graded purple (that’s about my limit right now, although it’s hard to talk about things graded by colour when there’s no agreement from gym to gym that yellow means easy and white means hard…)

I’ve been trying to concentrate on footwork – being on tiptoe as much as possible, and trying not to have my arms bent. All the pull ups in January built my strength up, but without the insane resolution of an extra pull up per day, I’ve lost a bit of focus of late. For March, I want to get serious about my twenty pull ups per day again.

I should also have kicked my addiction to Cyberpunk by then. I’ve played most of the main mission, but there’s so much more to do: eradicating gangs from the city, sedating cyberpyschos, watching TV. So while it remains fun, there’s stuff to pick up in there and trot along.

And then I just have swimming, Blood Bowl, work and parenting to keep up with. Simple stuff, really… 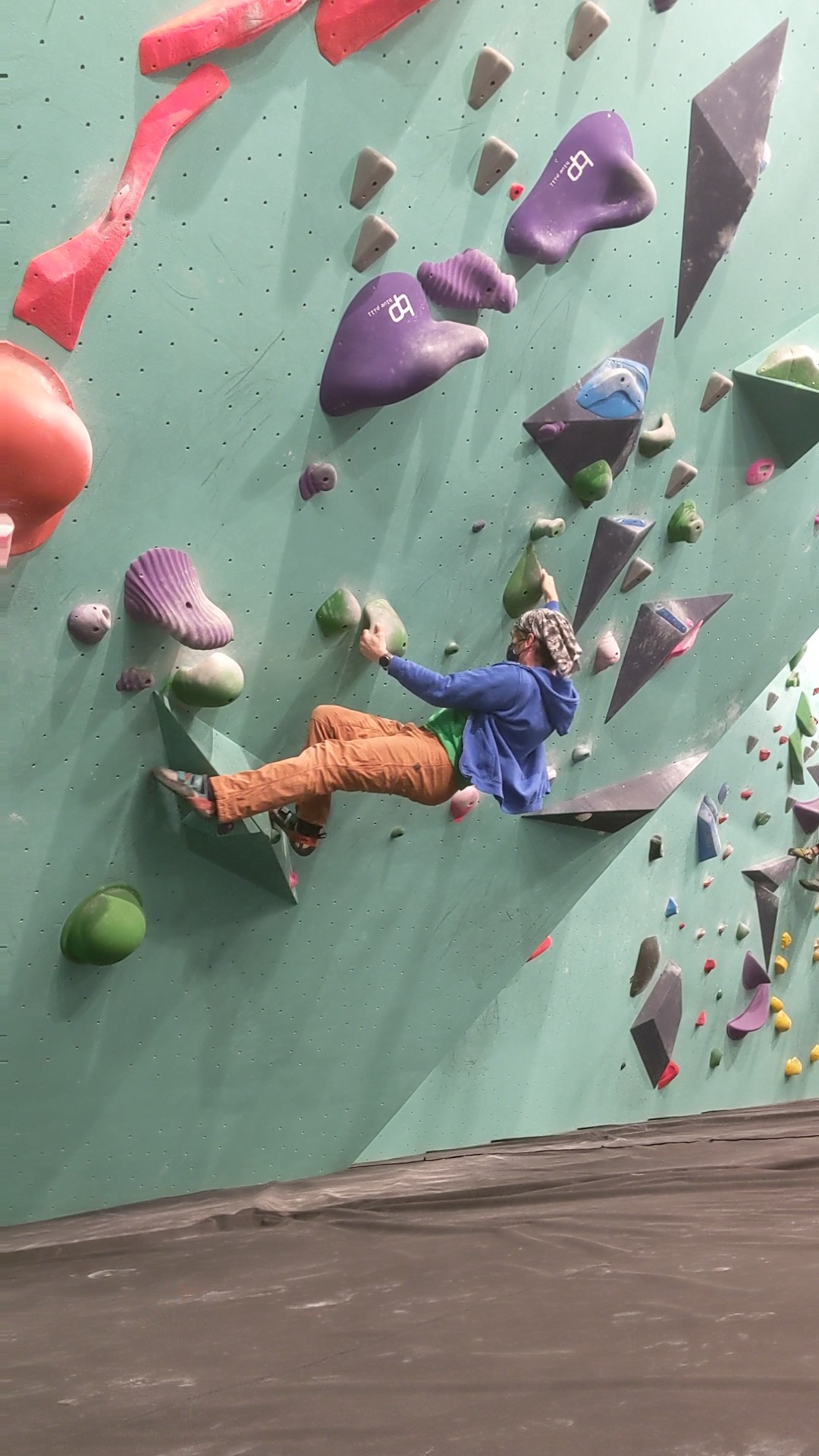