A long walk and such

This morning I went out with the girls and a friend of ours and her son, for a short hike. Which took us about three and a half hours.

We went to Skwak Mountain, to do a walk that’s shaped a bit like a smug chicken with a big hand. It is an interesting hike; there’s no single point of outstanding beauty, like a lake or a waterfall, but that also means you focus on the hike, not on the destination, and it also meant there were hardly any other people on the trail.

At one point, we met some horseriders. As I tried to skulk away from the potential allergic reaction, they complimented us on our three children, asking how old they were. 5, 6, and 7 we replied, trying to explain that only two were related. "Well done!" the lead rider exclaimed to my friend. I thought I should have dropped a non sequitur like "well, I did all the hard work" but why confuse passers-by more?

For the first hour or so, the kids were good. Then they gradually deteriorated as they got hungrier, until we stuffed them with food, and then began the descent. Skwak Mountain is covered in slugs, and the children spent a lot of time looking at them, in between complaining about the distance.

Our short hike concluded with us getting the kids home about 4pm, so that wasn’t as short a hike as expected. The girls fell asleep swiftly tonight, while I worked on finally assembling my Tower of Power, a monstrous edifice of scarlet painted steel piping that I ordered last week from Amazon. That was a pleasant yet noisy way to use my socket set to tighten lots of screws up. I managed one pull up tonight – perhaps I’ll be stronger in a week … 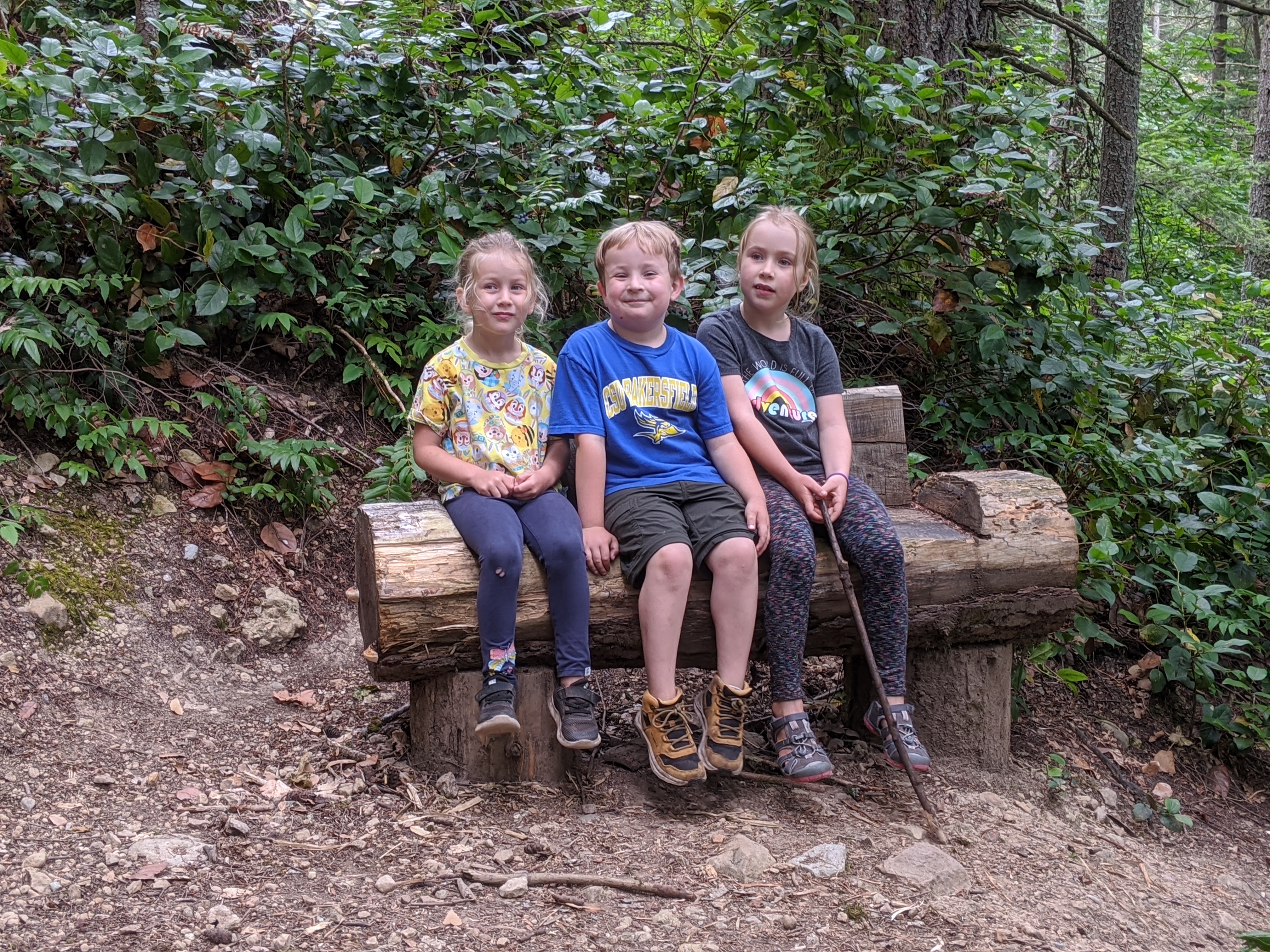