A night at the pantomime 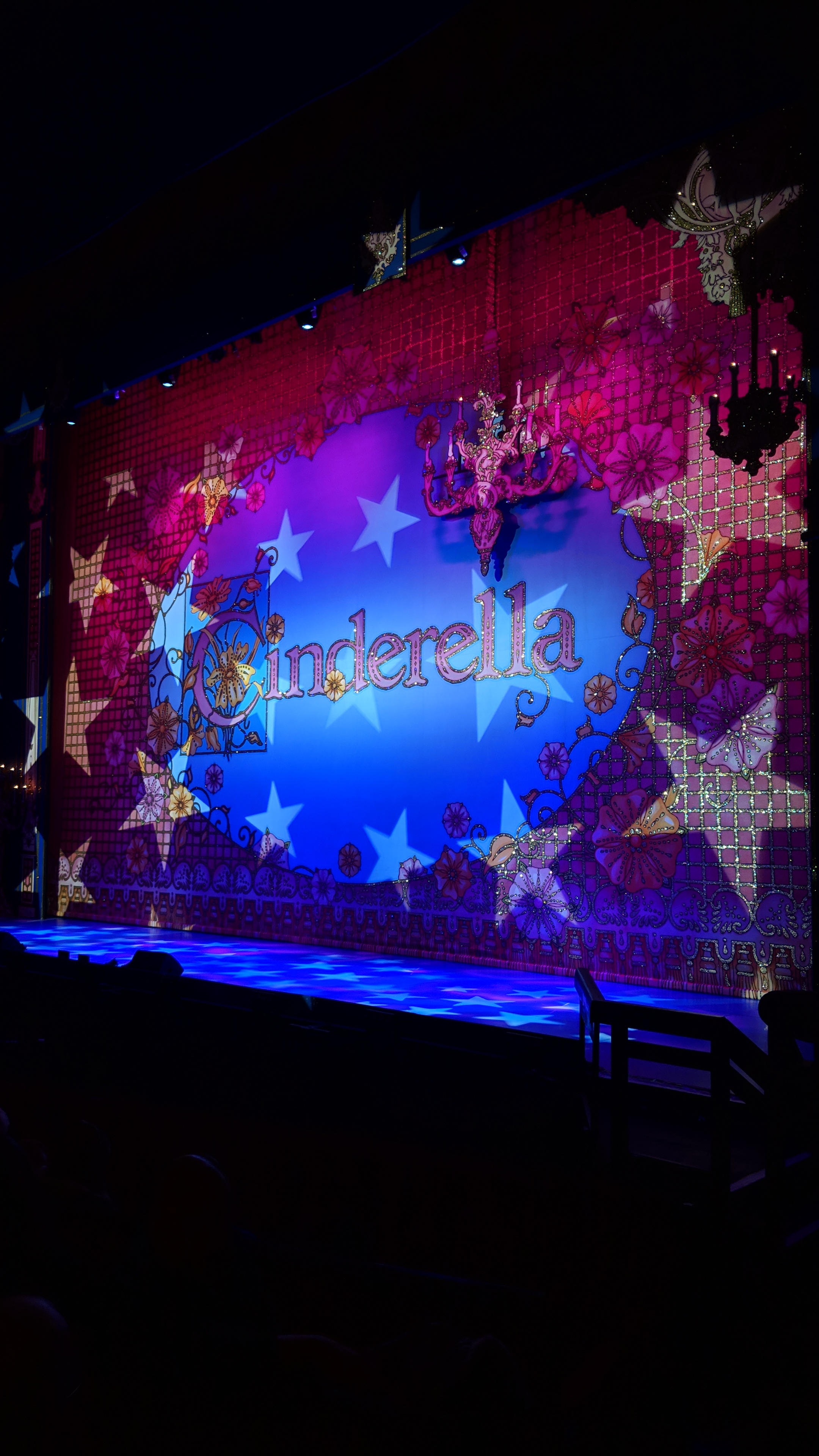 Today, in the aftermath of the turkey, everyone was a bit slow and sluggish. I walked to the library to drop back all the books we’d borrowed, but apart from that attempted and succeeded at nothing. We were saving that up for this evening.
My mother had got us all tickets for Cinderella at the Churchill Theatre in Bromley. The last time I’d been to a panto was somewhere in London in 2007, with my dear friend Jenny, who, being American, had never been exposed to panto, was a bit nonplussed by ribald Rapunzel theatrics. And before that, maybe it was thirty years since I’d gone to see one.

Tonight they had Lesley Joseph, possibly most famous for her role in the late 80s sitcom Birds of a Feather, as the fairy godmother, and a plethora of other actors I didn’t recognise. The kids were quite excited as they recognised this was the same building they’d seen a production of The Owl And The Pussycat a few weeks before, but also had no expectation as to what would be going on.

What they got was a bit hard for them to process. Some remarks on various areas of the greater Bromley area. Some songs. A lot of dancing, including people leaping in the air and children slightly older than them dancing around in circles, two drag queens as the Ugly Sisters, a pair of real Shetland ponies pulling Cinderella’s carriage, and at the interval, ice cream.

I was just starting to nod off as half time approached, so it was perhaps fortunate that during the interval one of the theatre staff approached me and asked if I’d mind being part of the audience participation. With my love of being on stage what it is, I was super pleased at the offer, and as the second half began I skulked at the side of the aisle, waiting to be called up, and wondering on what pantomime performers do for the rest of the year outside of panto season. Work on their jokes? Practise slapstick? 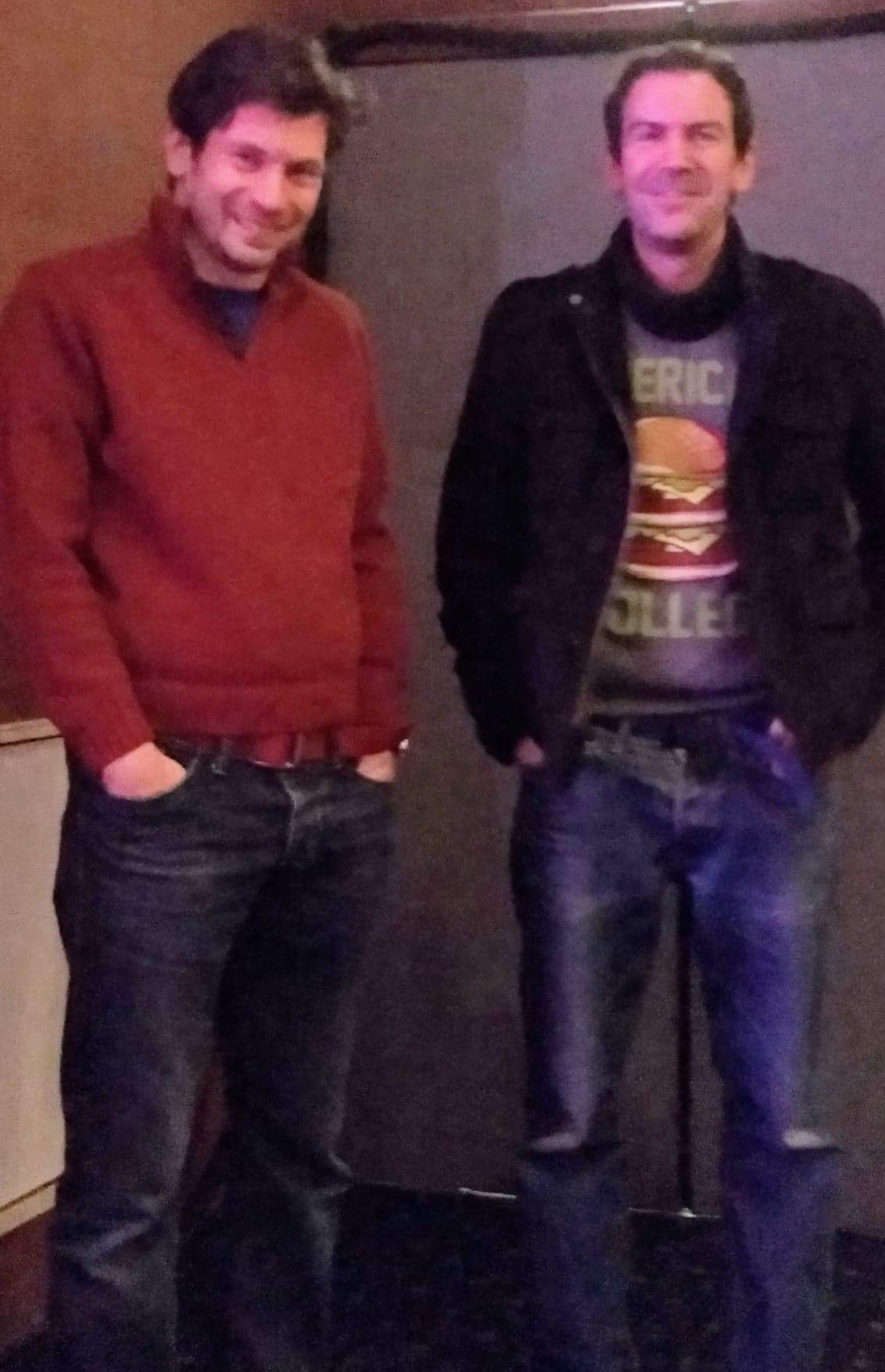 As always, coming on stage I felt a little nervous. Up there in the shine of the lights, the audience were invisible. I wasn’t sure what would be expected of me, but it turned out to be quite easy. After some boilerplate repartee ("Where are you from?" "Beckenham" "I’m sorry" "Beckenham" "No, I said I was sorry") me and another chap had face masks strapped to us, with pneumatic lines leading to handles that Buttons held. He then ran a ventriloquist act where the other unwitting soul on stage spoke a bit, and then I was voiced as the high pitched Stacy Lacey, and sang a song, while I improvised my best operatic hand gestures. Then a little bit of terrible dancing (Buttons called it "surreal" which is rich from a bloke in tight trousers named after a fastener), we all mimed to Baby Shark and then I returned to my seat, where my daughters told me I was hysterical. So a success, I think.

The rest was a bit of a blur, but that was the most I’ve enjoyed a pantomime. The only downsides are that the girls probably now think that’s what I do in every pantomime ever, and I’m considering a career in amateur dramatics.