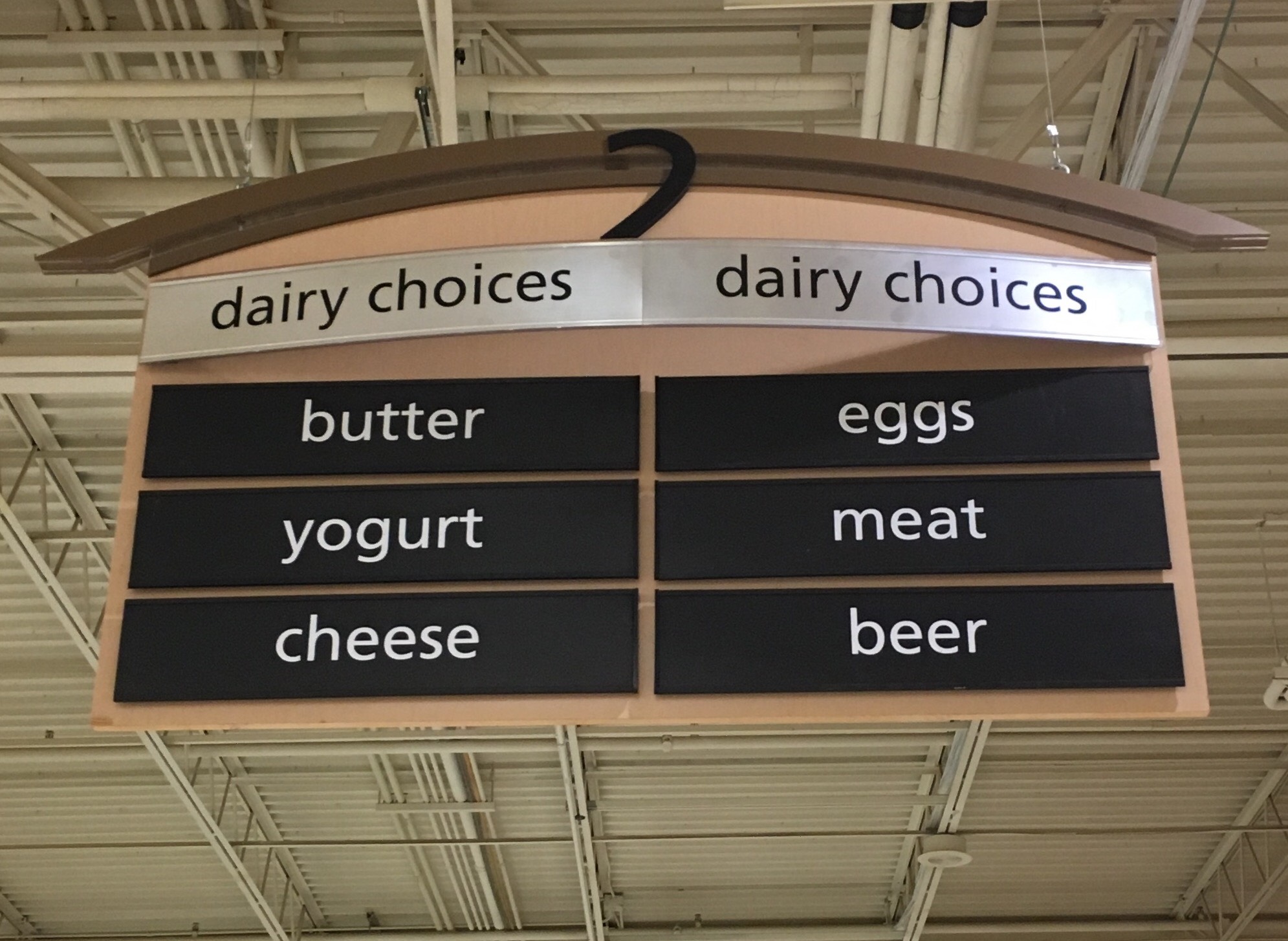 Ballard is a strange place, a hipster neighbourhood with a non-ironic strip bar next to a non-ironic biker bar round the corner from an elementary school. (My phone wants to autocorrect "non-ironic" to "non-profit" which must tell us something.) There’s a sign outside the school prohibiting not just cats and dogs, but pet potbellied pigs too. And if those signs weren’t strange enough, there was the sign above the dairy aisle in the local Safeway.

I suppose there’s some small chance that the meat in the aisle was all beef and veal, but when did cows start laying eggs? Or fermenting beer? Or is that because Americans equate dairy with breakfast, in which case hey, there’s some other perilous lifestyle choices right there.

The only thing it seems that isn’t fit for the dairy aisle is milk, because that’s kept in a row of chiller cabinets behind the cordon sanitaire of the toothpaste and mouthwash section. Sorry, the "lawnmowing choices" aisle.

I expected this from the acid-fried hippies of Fremont with their rocket and their statue of Lenin and their vertically-integrated chocolate factory, but Ballard, really?

I only went to the supermarket to pick up a carton of milk, and on the way there in the freezing cold I wrote a joke that will only be comprehensible (I didn’t say commerically successful) to that intersection of people aware of the differing nomenclature for milk in the US and Canada, and people with a passing familiarity for the jargon of sexually insecure rappers. Here goes:

My wife sent me to the shops to get milk, but I could only get whole milk. No homo.

Can we get the ratio of addressable audience to "words describing audience" any worse? Stay tuned on this one.