Today we took the kids for their covid vaccinations (totally uneventful, they were solid little things) and then doughnuts, and I dropped them off near where we’re staying and zoomed up to Everett with my Wood Elf team, Wooden It Be Nice If We Got Older, to compete in the Gravy Bowl.

The Gravy Bowl is a 7s tournament, which means more, shorter, games with very few rerolls, which in turn means every dice roll is a bit more risky. I was curious to try elves as I usually play bashy teams that are slow, clumsy and violent, and wood elves are the polar opposite, being fast, graceful and very, very fragile. (I’ve played one game with wood elves before this, where a friend of mine killed a quarter of my team in the first turn and it got worse from then on, so I didn’t have high expectations.)

And then I came first, with three wins and a draw, and I’m still amazed that I pulled that out. I had some very lucky moments:

So I was happy with the outcome. It’s easy to fall into the trap with elves of expecting everything to work (in our final game, nobody failed any of our dodges at all) but it’s also nice to have players who can move around without falling over their own feet. I also had the advantage of a small field: only six coaches made it today, due to hangovers and a big day yesterday. But a win is a win, a trophy is a trophy and so I’m still super happy that I managed to get this victory. After days this week where it felt like all my playing had not led to any improvement, being able to win the majority of my games was a nice boost to the weekend.

Went home, had pizza, got my hair cut. Lovely day. 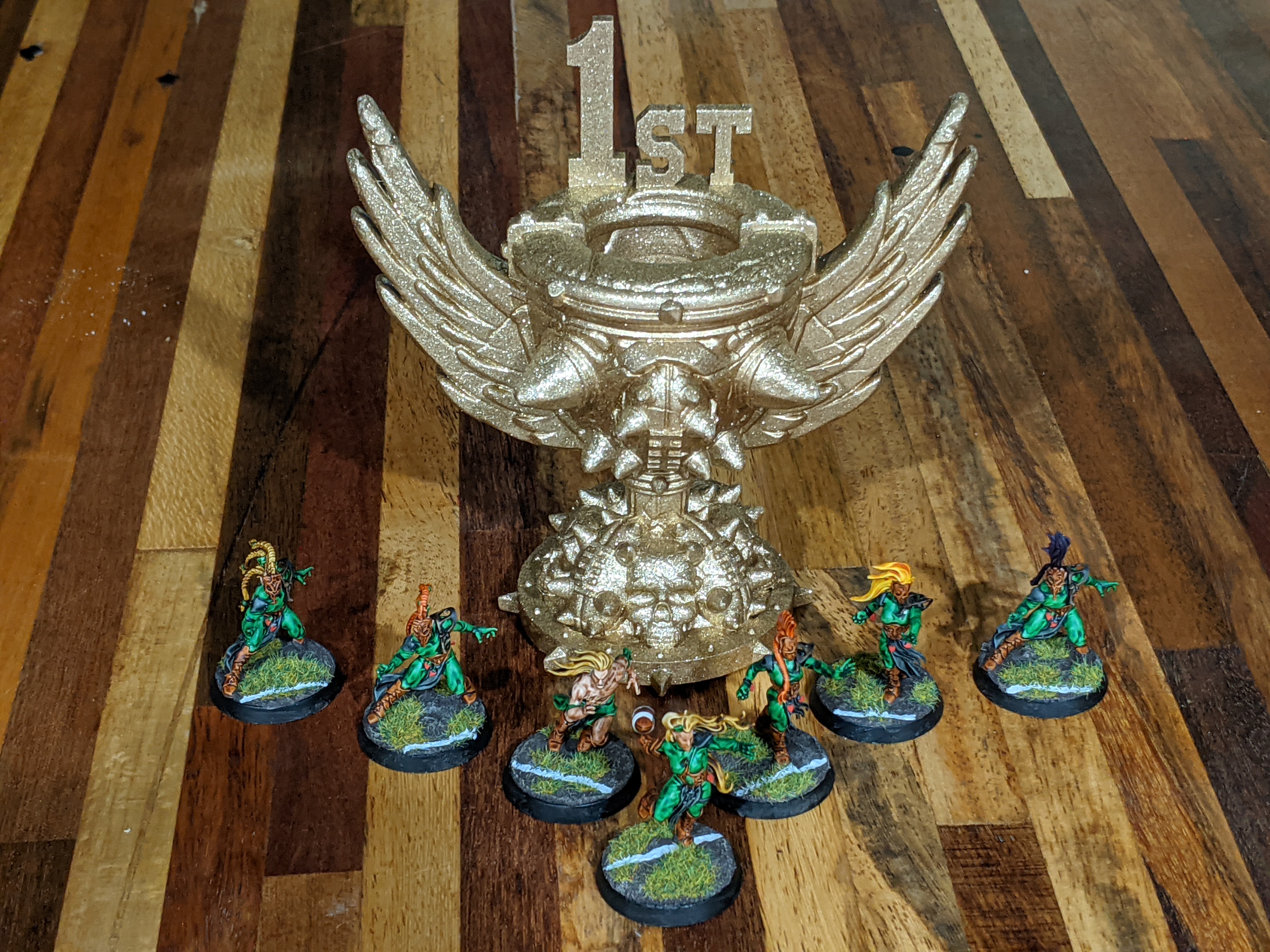 One response to “First first”