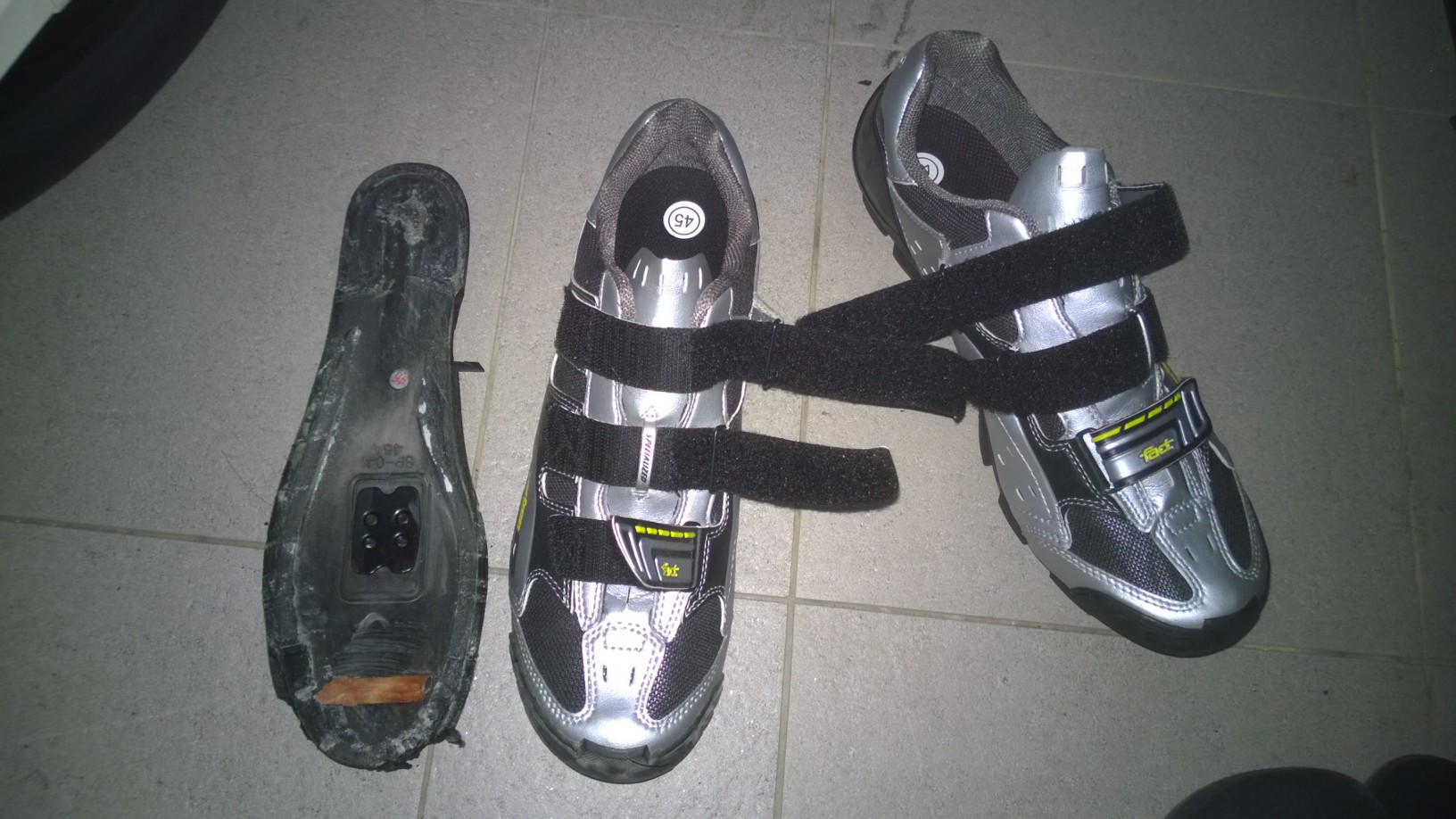 Billy Bragg’s guitar had a sticker on it reading "This machine kills fascists". I think Singapore could do with a similar slogan: this climate kills clothes.

This morning, for the first time in ages I was going to the Parkrun. I’d got my gear together and for the first time ever I was going to be able to ride there with my new clipless shoes. Well, I say new. I bought them at the start of 2006, a gleaming pair of shiny carbon-fibre soled Specialized mountain bike shoes, beautiful and light and very, very silver. But because I don’t like wearing new clothes (I don’t want to get them dirty, after all) my shoes travelled with me from the UK, first to Hong Kong and thence to Singapore, and it was only a month and a half ago that I actually got the cleats attached to them so I could use them on a bike.

Clipless pedals are wonderful. They make you feel much more attached to the bike and allow a far more efficient pedaling action. I was looking forward to riding to the race in super quick time and being extra fresh.

Until I put them on. There was always a nasty tacky feeling to the shoes, as if they were covered with a sheen of something sticky. But I could ignore that. As I bent to put the second shoe on, I heard a sound like the tearing of Velcro. Oh no, I thought, the Velcro has perished at some point in the last decade.

It wasn’t the Velcro.

The ripping noise was the sound of the sole detaching completely from the upper. Now that shoe is useless and the other looks to be on the way out. I can’t really complain; it’s my own fault for not realizing shoes require a climate controlled environment, just like any other thing you want to keep while living in Singapore. I suppose it’s possible that the sudden ungluing of the sole was a manufacturer’s defect, but try taking the shoes back ten years later and asking for compensation.

I swore a bit, changed to regular shoes, rode to the Parkrun, did an ok race (far from my personal nest) and them came home again, where my useless shoes waited for me. Waited to be disposed of.