Tonight, after my electrician came round to sort out some of our wiring (and give me the bad news that we need to relocate our new panel, because it’s under a water pipe and therefore not going to pass inspection) we went down to Mox for our weekly Blood Bowl session. This time, there were four of us, so we’re picking up a little momentum.
I even met two more people with a Blood Bowl set in the bar, and perhaps we can entice them to come play another week.

Tonight, though, I brought out my Terracotta Army Tomb Kings, and had another one of those disastrous games where I couldn’t do anything right, and made a bunch of poor decisions. There’s some excuses (I chose to play a team that’s difficult enough, I was stressed and tired from a long day and worrying about electricity) and there’s having to own your failures, like rerolling safe block dice into double skulls when I could have kept the push, or burning rerolls I couldn’t afford. So, room to improve, always room to improve, but I need to internalise those lessons more.

I did try out biassed referees, which are a terrific, fun addition to the game. Or a great way to stop the other player from fouling you, which is such a big part of the new Blood Bowl rules that I can’t believe how much an adequate defence against fouling can be. So, learnings for next time, for sure … 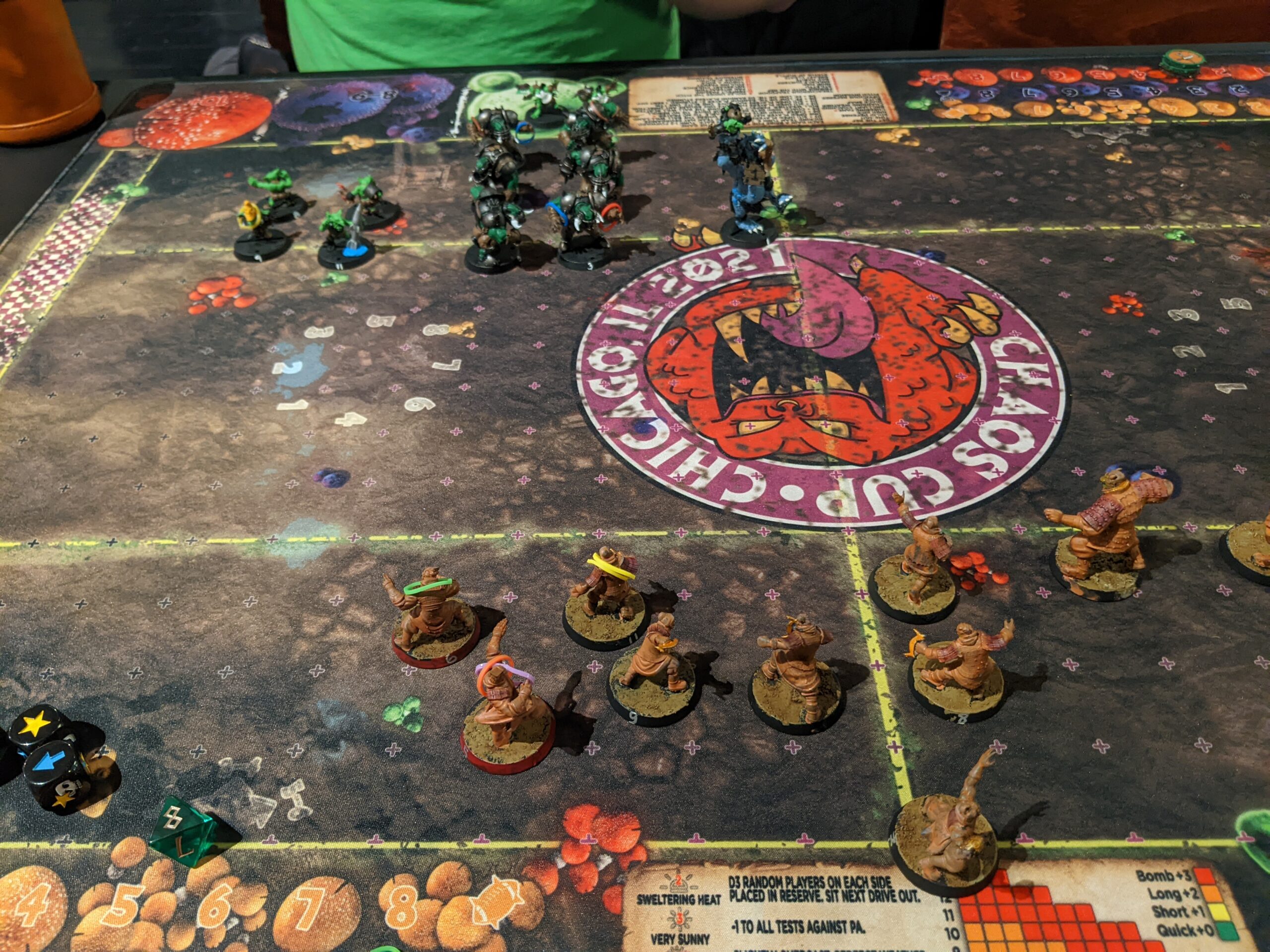