La Serpiente Aquatica Negra slept through the night and woke at the fairly pleasant time of 6:30 this morning, at which point I scooped her out of her cot and brought her into our bedroom, along with her bottle of milk. I had calls in the office from 8 this morning, so rather than trying to go back to sleep I got up and showered, and then we presented our daughter with more birthday presents.

She had a good haul; there were books from my parents, a dress and some much-needed shorts from her aunt in Hong Kong (along with bracelets, socks and hair grips) and an enormous Peppa Pig from me and her mother.

She has never seen an episode of Peppa Pig on the television, but for her first birthday my sister gave her a Peppa Pig phone and she’s been pretty obsessed by the cartoon porcine ever since. A few weeks ago my wife bought her a George Pig (Peppa’s younger brother) stuffed toy, almost a foot tall, and this was a great success, so when I came across an even bigger Peppa in Toys R Us at the weekend, I had to buy it. Hopefully an enormous talking pig doesn’t overshadow all the other gifts we have so gratefully received (I’m happier that she got a big set of wooden puzzles than that she has a pig that giggles and says "I am so pretty") but as she also received Peppa Pig pyjamas from my sister, the Pig Empire may be all conquering.

I then had to rush to work, although since my first call was cancelled and my computer took an hour and a couple of reboots to function normally, my day didn’t start as productively as it could have. I got some time to go home at lunch (when it was La Serpiente’s nap time) and then rushed back, soaked in sweat, to the office.

Then this evening my wife brought our daughter to the office, where she caromed around for half an hour, trying to wreck furniture and play with the table football, until I fled my last meeting and took them both for birthday pizza.

She went to sleep pretty quickly after this extravaganza though, which gave us the rest of the evening to sit on the sofa and fail to speak. Two years gone in the twinkling of an eye. Who know what the next two years will bring? 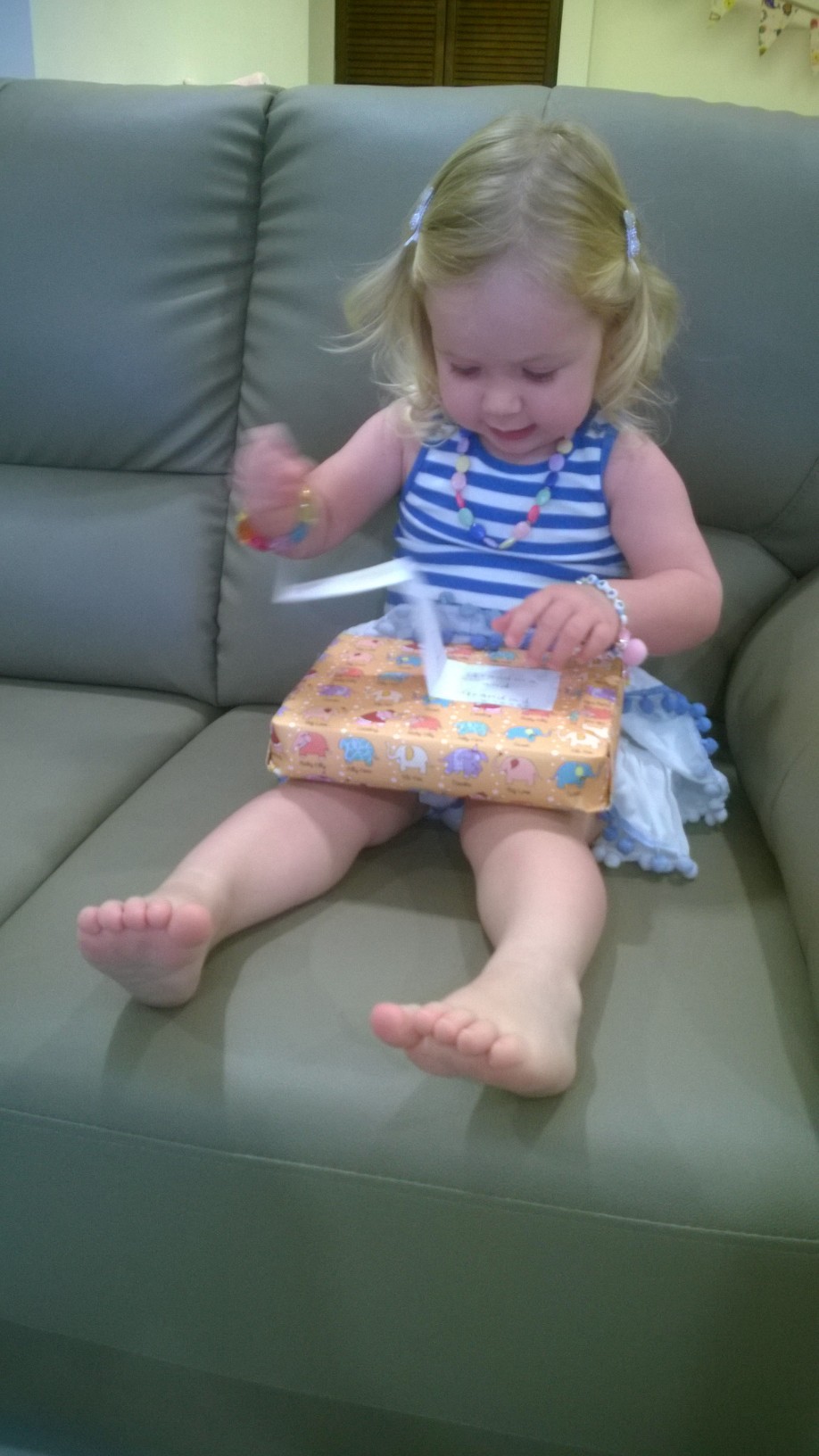