Our builders arrived this morning and began demolishing the brickwork around our front porch. I thought this was structural, but the brick work on either side of the steps up to the house was purely decorative, so jackhammering it away meant we could still go in and out of the house.
However, as well as the brick walls around the steps, there is a brick veneer around the two wooden posts that support the roof of the porch. They began to remove that, so that we’ll be able to lift the porch along with the rest of the house in two weeks time.

Except shortl after, they had to stop, somewhat panicked when the roof seemed to have no support when you took the brick work away. The main support is a foot square wooden beam, but below the level of the brickwork there’s just a single two-by-four. That’s right, a plank of wood holding the house up.

Now, to be fair this may have been done fifty years ago, and the house is still upright, despite the kind of clown working on it who didn’t bother to follow any kind of building code (our non-Euclidean back porch was a similar wonder) but it was a bit disconcerting. The builders added more support beams that hopefully stop things crashing down, but this is the first "you never know what you’ll discover about old houses" moment. I’m now keen to have photos of everything we add to the house, to prove our renovation doesn’t use the same slapdash bullshit when it comes to building things. 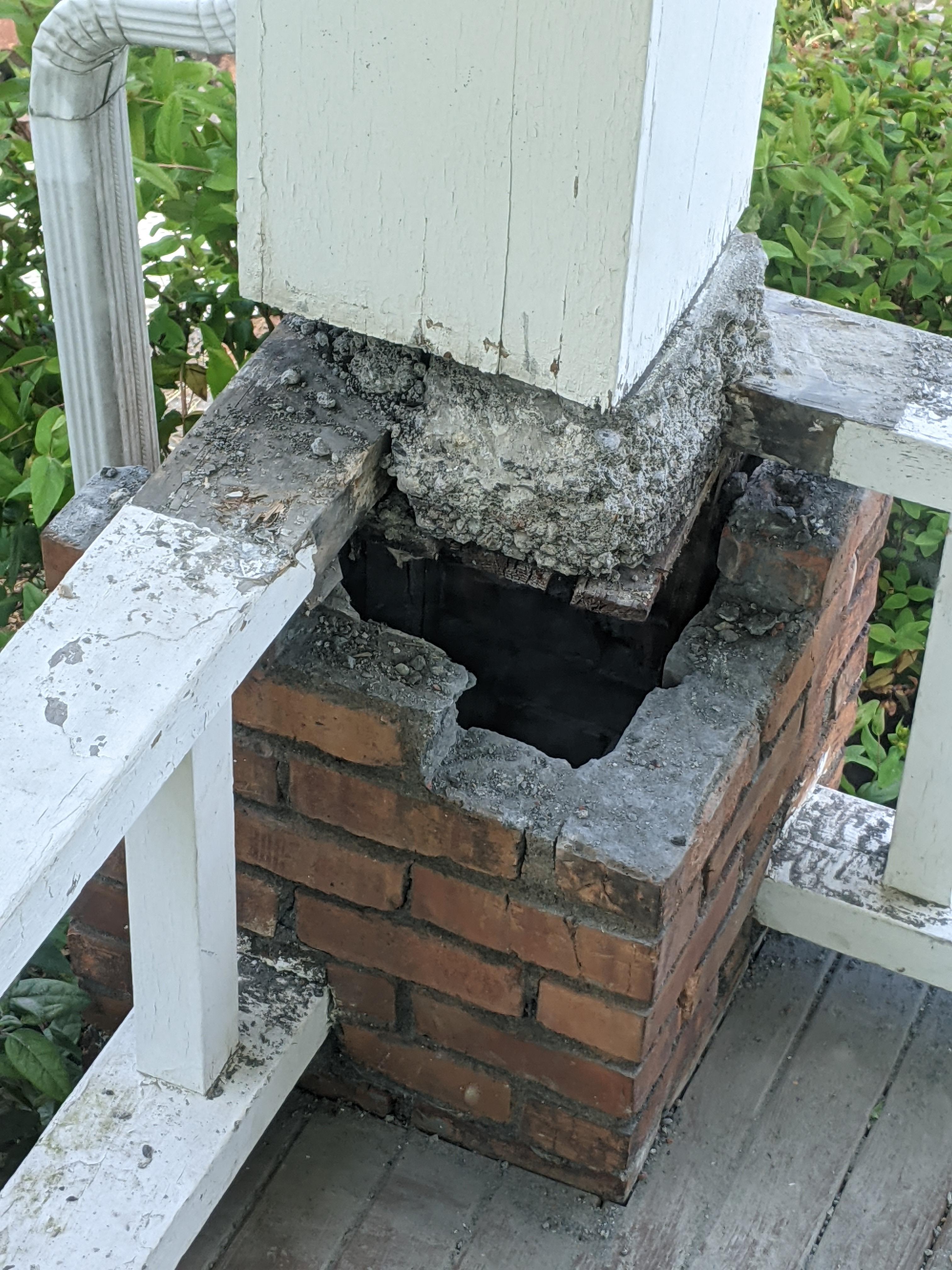