We left the girls with our regular babysitter today and went to CenturyLink field. I made the mistake of driving – all the stress of traffic and trying to park – so another time we’d take an Uber or a bus. We arrived just after kick off, and I spent the next fifteen minutes thinking the local team were in white with green helmets, when that was the visitors.
The first half was pretty dismal, with missed passes and failures to score, until Tampa Bay got 3 points. I began to regret buying a season ticket. The second half began and the team were invigorated – and then gave up possession of the ball on an interception and Tampa Bay ran the length of the field of a touchdown.

But as somebody told me today, Seattle likes second half teams, and after that, the Dragons were much stronger, holding back Tampa from a touchdown at the one yard line, and scoring twice to take the lead.

The crowd roared, the man behind us danced with a head of brocolli in each hand, and in a nail-biting finish the Dragons intercepted a pass in the end zone and romped to victory. Fireworks went off, people waved orange towels, everyone was happy.

A few observations: Century Field feels tiny in comparison to British football stadiums. There’s a bunch of people who leave before the game ends, it’s very very loud, and it’s much easier to understand what’s going on if you watch TV. But then you’d miss out on the atmosphere. The standard of play isn’t up there with the NFL, and we also seemed to have Tampa Bay constantly violating rules – pass interference and illegal substitutions and unnecessary roughness, so they were easily cast as the villains of the piece, but it was all entertaining and it’s nice when "your" team wins. We liked it enough to buy t-shirts, and then we headed home to recover the girls. 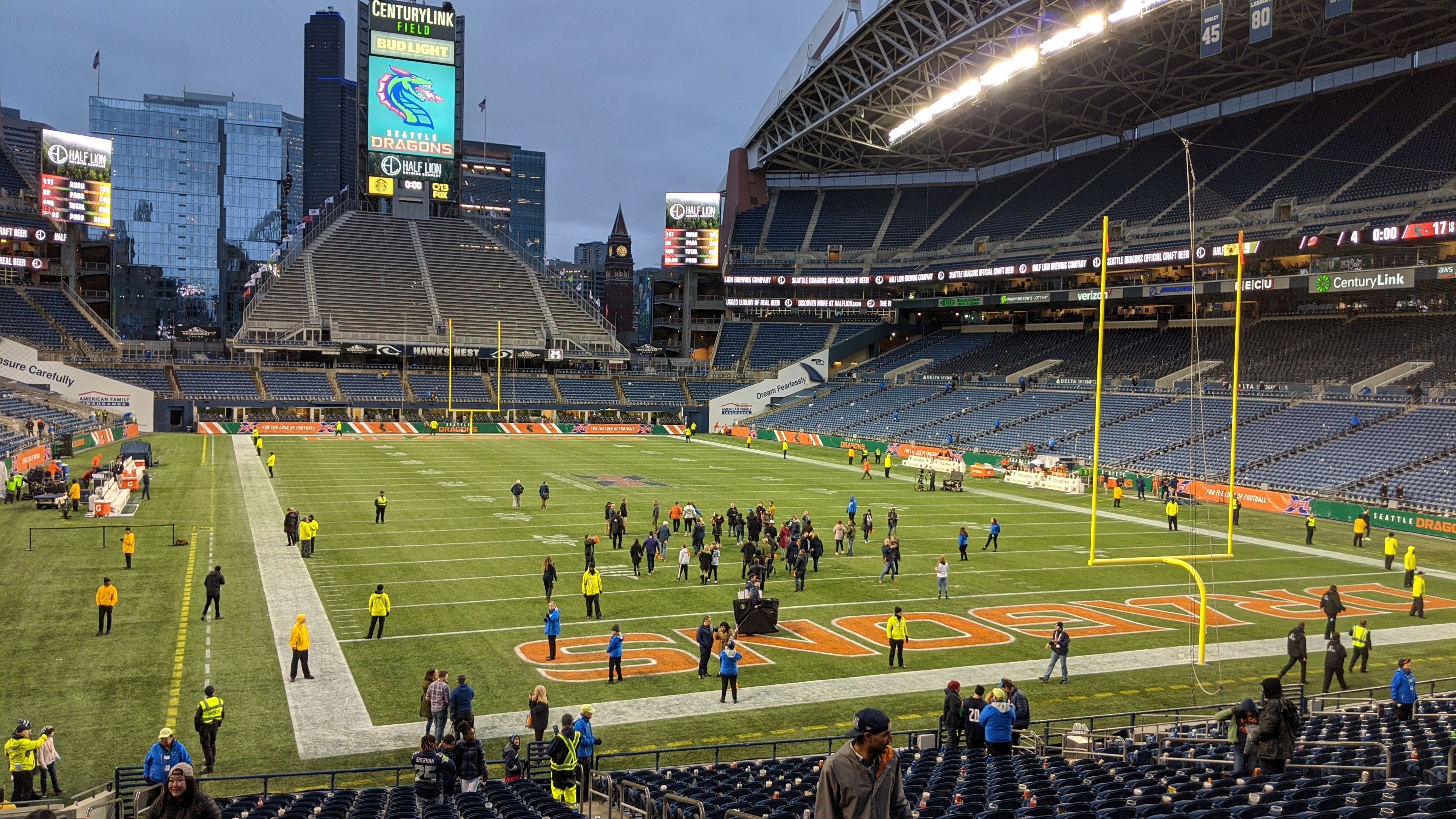