Today we took Young Cheddar to get her MMRV vaccinations done, at a medical centre atop a drugstore in New Minas. (New Minas is a town in Nova Scotia named after Minas Tirith, because I assume all Canadians are massive Tolkein fans, and what better way to pay tribute to The Lord Of The Rings than a succession of strip malls? (I’m still vaguely disappointed that strip malls are just long malls by the side of a road, rather than a mall entirely full of strippers, but there you go.)

We were trying to get La Serpiente to sleep while Young Chedder was being needled, but we had no success with that, and it wasn’t until we’d strapped both kids back into the car and I’d been to inflate one tyre (the Buick we have is equipped with tyre pressure sensors, that had been complaining for several days that the rear right tyre was at 60% of optimal inflation) that they went to sleep. So we went on a drive around the back country of Nova Scotia, taking wrong turns wherever possible, until we got to the top of a very big hill, and then drove down and went back to my in-laws’ house.

I got half an hour of snoozing on the sofa while La Serpiente clambered all over me, and then we went back out for dinner, via the highway, where somebody had crashed their motorcycle, and we had to then explain to La Serpiente about crashes and ambulances.

We have had a series of morbid conversations with La Serpiente in the car recently, as she’s cheerfully asked us questions like “why do people die?” and we’ve then tried to answer without soft-soaping or white washing the issue. She’s been quite blase so far, but then she has also been inoculated against despair by her school teaching her about the monkeys having their homes destroyed. Perhaps she’ll be impervious to all sadness. I hope so.

We had dinner in a pub in Wolfville, then went to a small farm shop with attached farm, where they had Rabbitville, next to Wolfville. There were rabbits in Rabbitville, but no wolves in Wolfville, which greatly disappointed me, but they did have tiny John Deere tricycles for children to ride around, so I can’t really complain. And I had two ice creams today, so that’s a good thing. 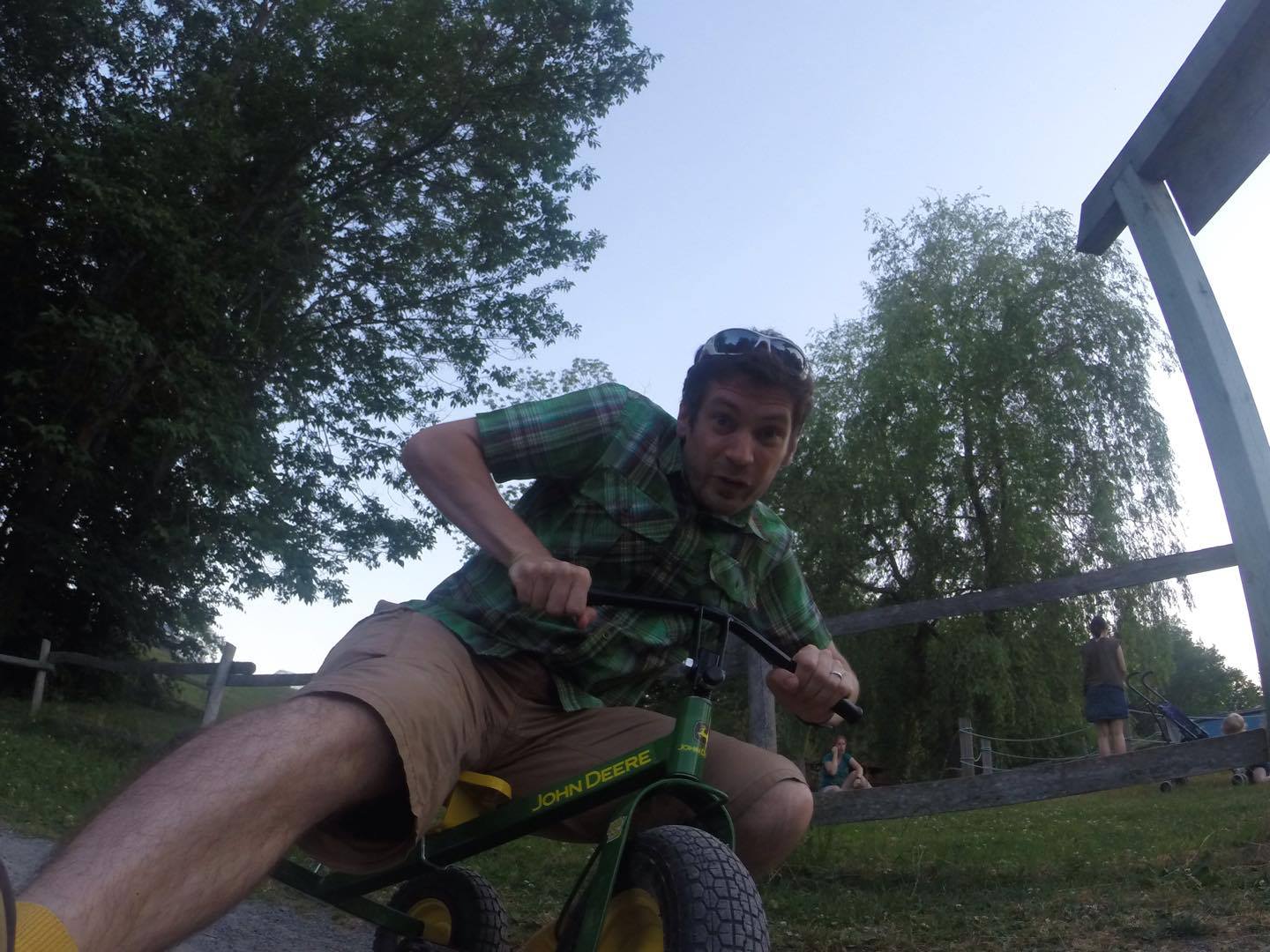