With much cajoling, wailing and gnashing of teeth, we got the girls into the car and drove out from Seattle this morning. We drove up I-5 for 45 minutes, turned off and stopped for the obligatory topless coffee, and then drove on a long and winding road to the trailhead.

(I feel I should mention that this bikini barista was an even stranger experience than the last, as we pulled up to the espresso shed in a lower-slung car than before, and so literally all I saw of the woman serving us was her legs and bright white bikini bottoms. Coffee was good, although La Serpiente was asking why the woman wasn’t wearing more clothes. Is that the end of that?)

We headed to a trail near Darrington, where there are beautiful views of the mountains. The trail is in the Boulder River Wilderness Area, and the guide we had to trails for children in the Pacific Northwest reckoned it would take us about an hour, an easy walk.

It also mentioned the trailhead was at the end of a four mile dirt road. It didn’t explain that was a road with enormous potholes all the way up, and that a Dodge Charger with its low suspension wasn’t really the greatest choice to drive up there. I had forty excruciating minutes on the way up with various lethal sounding bangs as parts of the underside of the car collided with the ground, but we made it up and made it down again.

As for the hike, well, I’d drunk two coffees so I wasn’t feeling great. I’d had pancakes for breakfast but maybe needed a stouter meal, because I was hungry and grumpy throughout. The kids alternately skipped and gambolled, and whined at not being in front / trying to push the other off the trail and down a cliff, and that rather dampens your ability to appreciate natural beauty.

It was beautiful though, waterfalls and a wonderful green blue River, and blessed quiet, and if it hadn’t taken us two hours to walk the first third of the trail, that would have been quite enough. When we realised quite what we were getting into, we made a retreat.

Still, the kids said it was the highlight of their day. Not the fried chicken they had after, or their father almost killing the family car, but the hike. So that must be a success.

Pro tip: don’t let the kids fall asleep on the way home, as it then takes three times as long to get them down at bedtime… 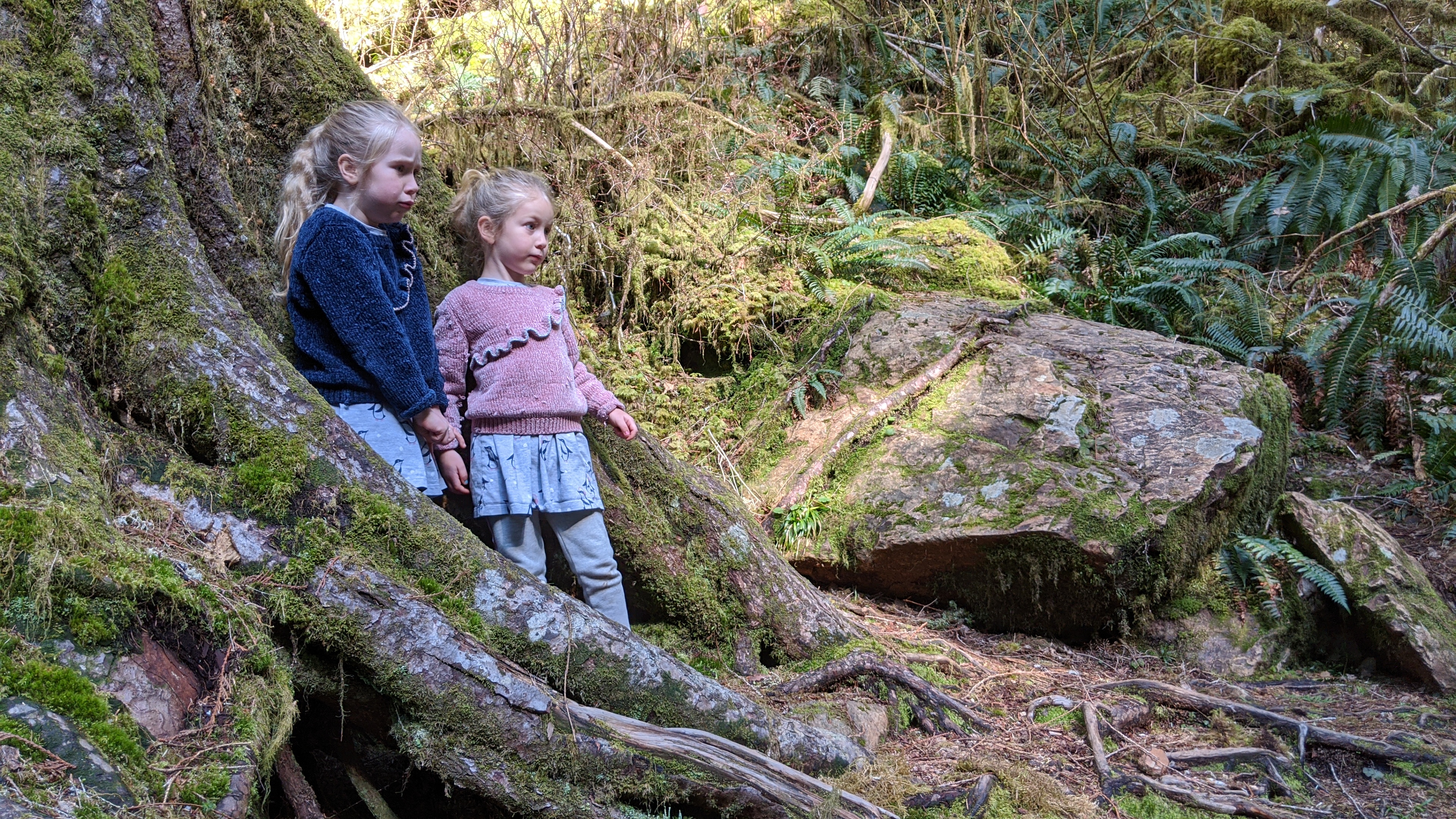