Today I drove up to Man Overboard Games, about 30 miles north of Seattle, for a Blood Bowl tournament. It was Sevens, one of my favourite formats, and I took my beloved Skaven, who’ve been pretty reliable for me (I should probably play some other teams soon though).
There were four games, more chaotic than usual as there’s less opportunity to reroll dice, but that means the games play faster too.

My first game was against a Chaos Pact team that I pretty much wrecked in the first half and couldn’t recover – 2-0 by the end, with hardly any players left.

Then I went up against one of the best coaches, and in the first half he scored twice and I only managed one score. I was feeling pretty crushed, especially as my biggest rat, Stuart Little, had been taken off the pitch by a flying rock early on, but I kept my head together and managed to battle back to a 3-2 loss. At the Chaos Cup I would have just fallen apart, but I didn’t have a red wine hangover today. (#secretweapon)

Third game I played Skaven, with a similar roster to mine, except he used Pro on a Gutter Runner instead of Sure Feet. That meant I had more reliable rerolls when my rat sprinted; he had less reliable rerolls, but for anything. I’d planned for this sort or mirror match and just stalled while he cane down the pitch, then took advantage of an unlucky fall and took him apart. Early on, he injured my Rat Ogre, but it didn’t matter : I wiped his team out and won 4-0, for the dice were shining on me.

Fourth match we both scored twice in the first half. If I’d been smart I’d have played for a draw, but I gave up a tie for a loss in the closing stages. If I’d played more conservatively, like in my third match, I’d have done better, but the conservative way was also the boring way, and I still won the Most Touchdowns prize. I just need a less leaky defence… 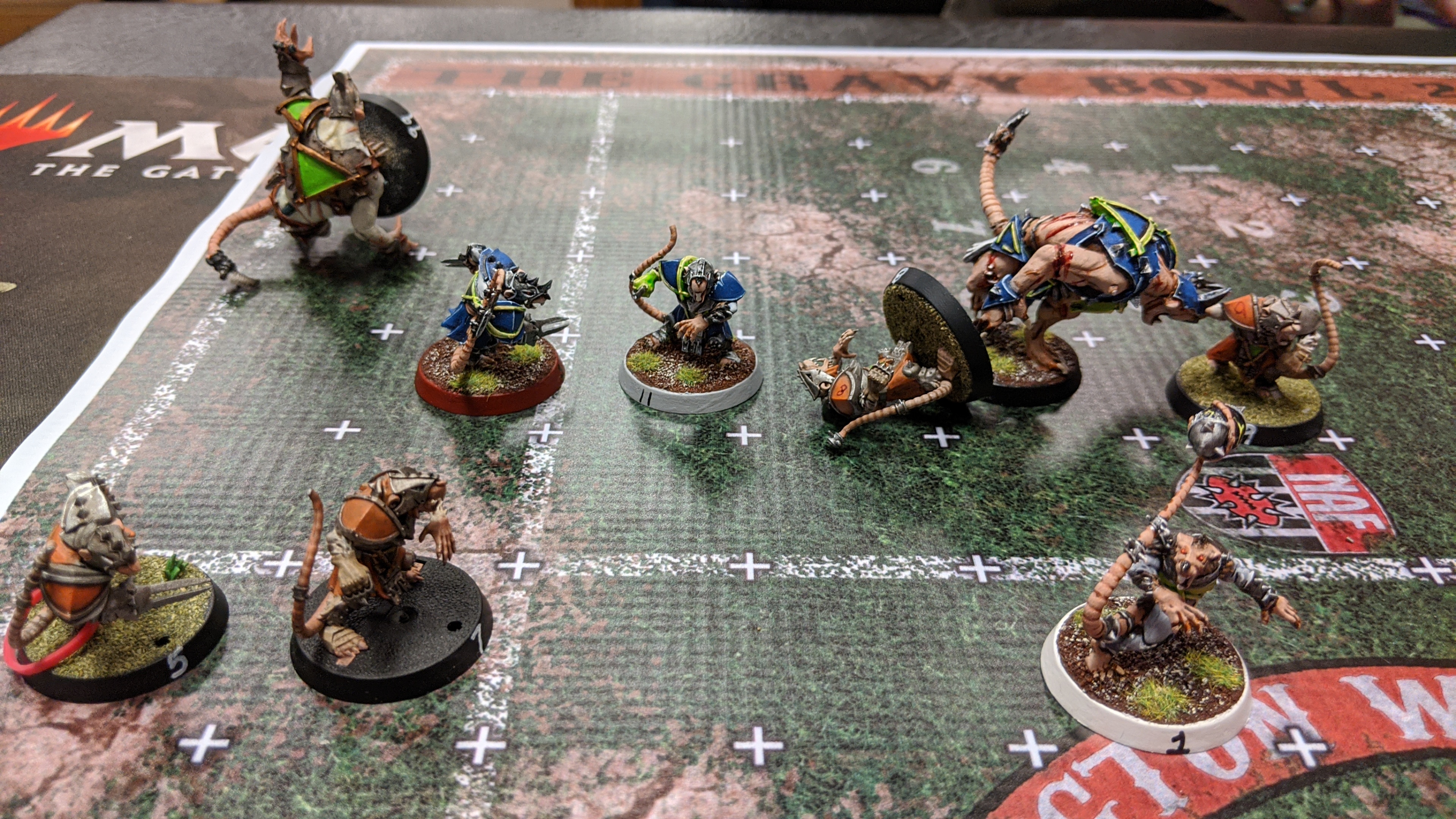