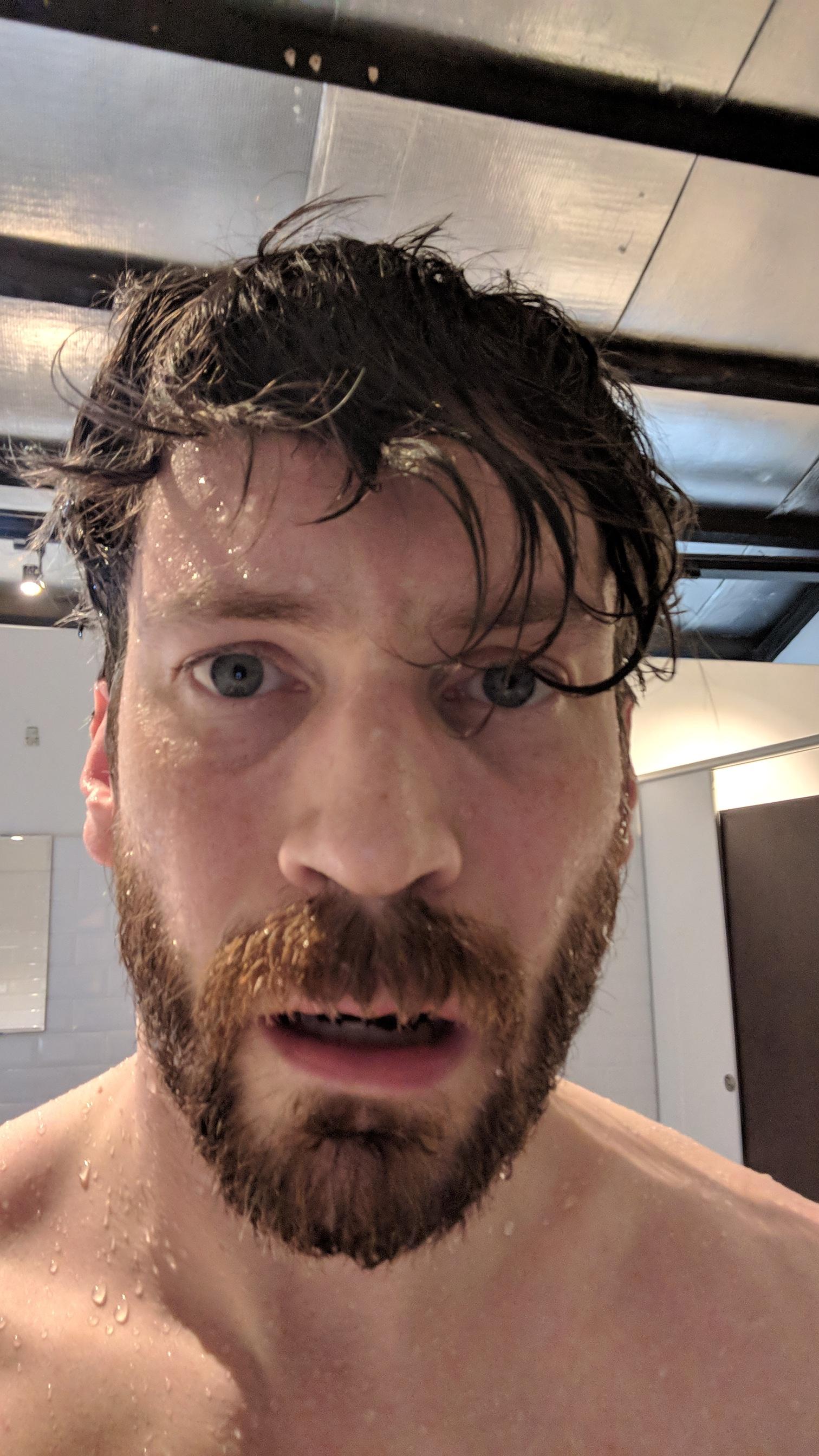 The skies turned dark and it began to pelt down with rain about 6:30, and my phone was out of battery so I couldn’t call a cab, which meant this may have been the first swimming lesson where I got wetter after I left the pool than when I was in it.

Today we mostly did freestyle, which I seemed to have forgotten in the last two weeks since I went swimming. Everything felt a bit off, although that may be because I started the lesson with a pool float between my legs to keep me concentrating on my arms.

I floundered a bit, and found my limit was to swim about two and a half lengths of the pool (so about 50 metres) and the one thing I did improve on today was to keep my head on my arm when I turn to breathe, which keeps me more streamlined than when I stick my head up out of the water to gasp for air.

All this was rather exhausting, so after that we did some backstroke, which I enjoy a lot more because I get to lie down, but I am now quite lopsided and so I veer across the pool rather than proceed in an orderly straight line. I’m not sure if that’s better or worse than my breaststroke, where I can’t seem to do a proper kick half the time. At least I’m good at keeping my head underwater, but my angles are a bit wrong – I’m kicking more down rather than backwards. So there’s that to work on.

And then lightning threatened, so I went to get changed, then walked to the bus stop in the pouring rain, and then to the MRT, and then home. At least that only took 45 minutes and the kids were pretty easy to get to sleep.