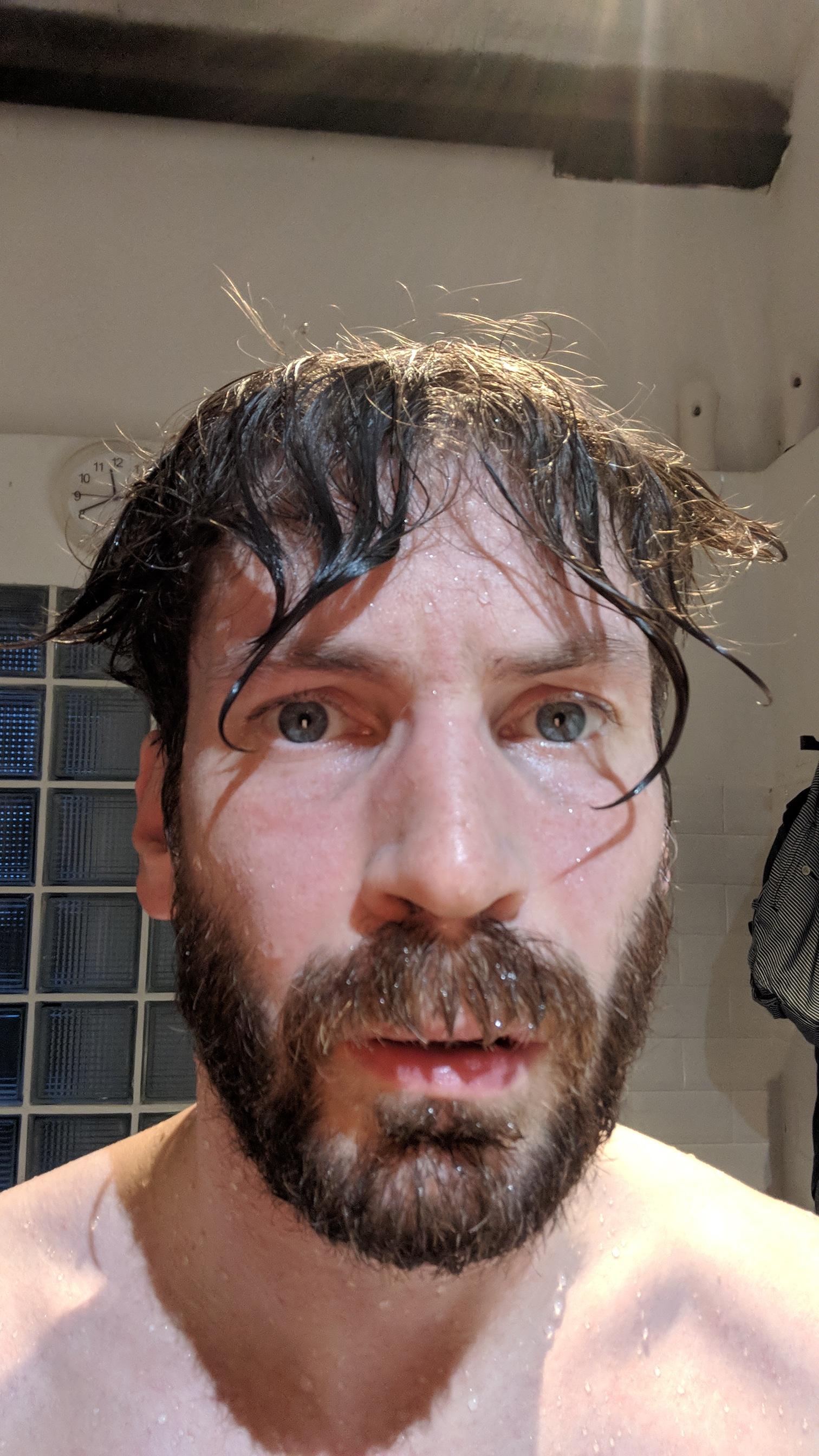 I had a very early start today, or a late finish, or both: worried that I’d sleep through my alarm, I couldn’t get to sleep until 12:30, and then I woke up at 5:15 which was before my alarm went off. If that wasn’t ridiculous enough I got to the airport by 6,which meant I had almost two hours before my flight departed, at the most efficient airport in the world, and then when I got to KL, I was so quick to get through Immigration that I was two hours early for the meeting I’d gone there for. So all in all, could have had more sleep.

Still, I made it back in time to go swimming, and that was fairly brutal. We started off with a few lengths of freestyle, then a few as fast as possible with a bit of breaststroke in between, and then more freestyle, and more freestyle.

At the moment my technique isn’t too bad (some of it is fixing the angle of my hand on entry to the water, and the rest is either playing with the length of my stroke or trying to get my bum up higher in the water) so we were going more for endurance.

That meant fun things like the three of us start swimming up the pool in one lane, and one after enough we have to overtake the other two. If that wasn’t murderous enough (and it was murderous) we went on to the fun game of how-far-can-you-swim-underwater-without-breathing? It turns out I can manage about 10 metres.

Then a bit of breaststroke to finish, and we were done, and I could go home and (possibly) sleep.