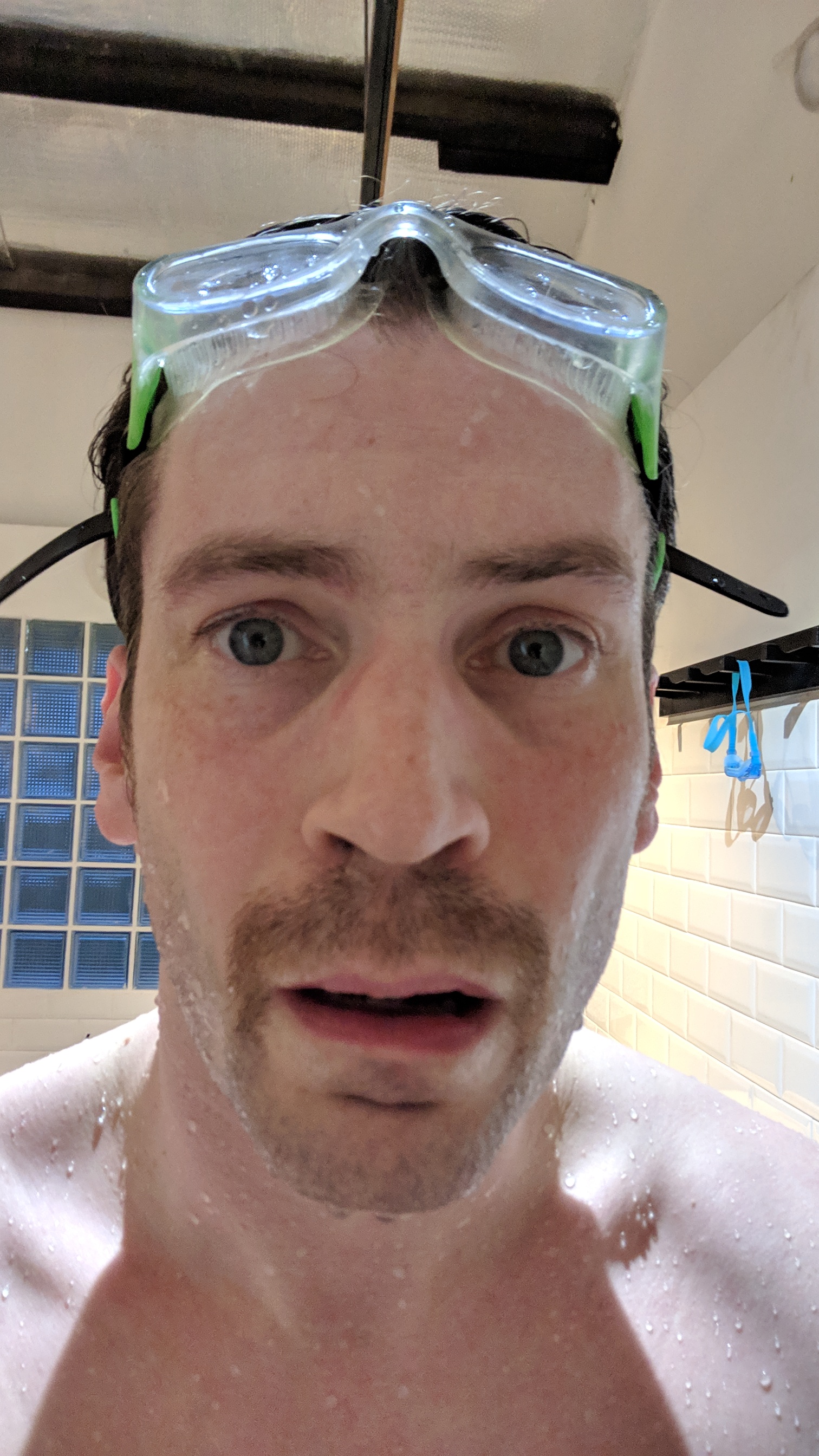 Today I did half an hour of freestyle, wherein I kicked a bit too much and was probably showing how tired I was (up late last night prepping my facial hair for tonight’s party) and then we did some backstroke (which I’m better at than freestyle because it involves lying down, and then some butterfly.

I dreaded this, because the last time I tried I couldn’t get on with it at all. This time, they got out the big guns. Or rather, they brought out the enormous rubber mermaid fins and we tried to put my feet into one.

The first time, I just pulled something in my shoulder yanking them onto my feet, and then my enormous feet broke the rubber strap. Somehow we made the second one fit. And although uncomfortable, they provided a prodigious amount of speed. At long last, my grunt outweighed my lack of finesse.

And now for the office Christmas party…