For my last ever lesson in Singapore, I prepared by going climbing this afternoon, and then having a gin and tonic. This is not recommended because every time I dipped my head underwater I got a hefty and distracting whiff of juniper. Maybe I should have gone for vodka instead.
Anyway, we did four laps of freestyle to warm up. Previously, I might have done four laps of freestyle and called it a day, so that alone was progress. But since I wasn’t sure what else to do, we worked on my butterfly.

I learned there are roughly 3 things to concentrate on with butterfly:

This was brutally tiring either way. I remember when I started swimming, everything was exhausting. Now I can cope with freestyle, but butterfly is a whole different thing. But it’s a fun stroke.

Other things to remember:

Keep your head down, not lookong forward. This was hard for me to get the hang of. If you don’t do it, you sink, and so when I was continuing to do my butterfly I was getting lower and lower in the water, until when I pulled to get myself up, I was still submerged. I doubt that’s good.

Pull your hands straight back. There’s so silly turning or shaping the water. Just yank them sgarigjy back, then swing them forwards. Do this without getting tired, and without one arm pulling harder than the other so you veer away from a straight line, and you’re good.

So after almost an hour of that, I warmed down with a length of freestyle and another of backstroke, and now I wish I’d learned to swim a decade ago. Still, I seem to have caught up at least a bit… 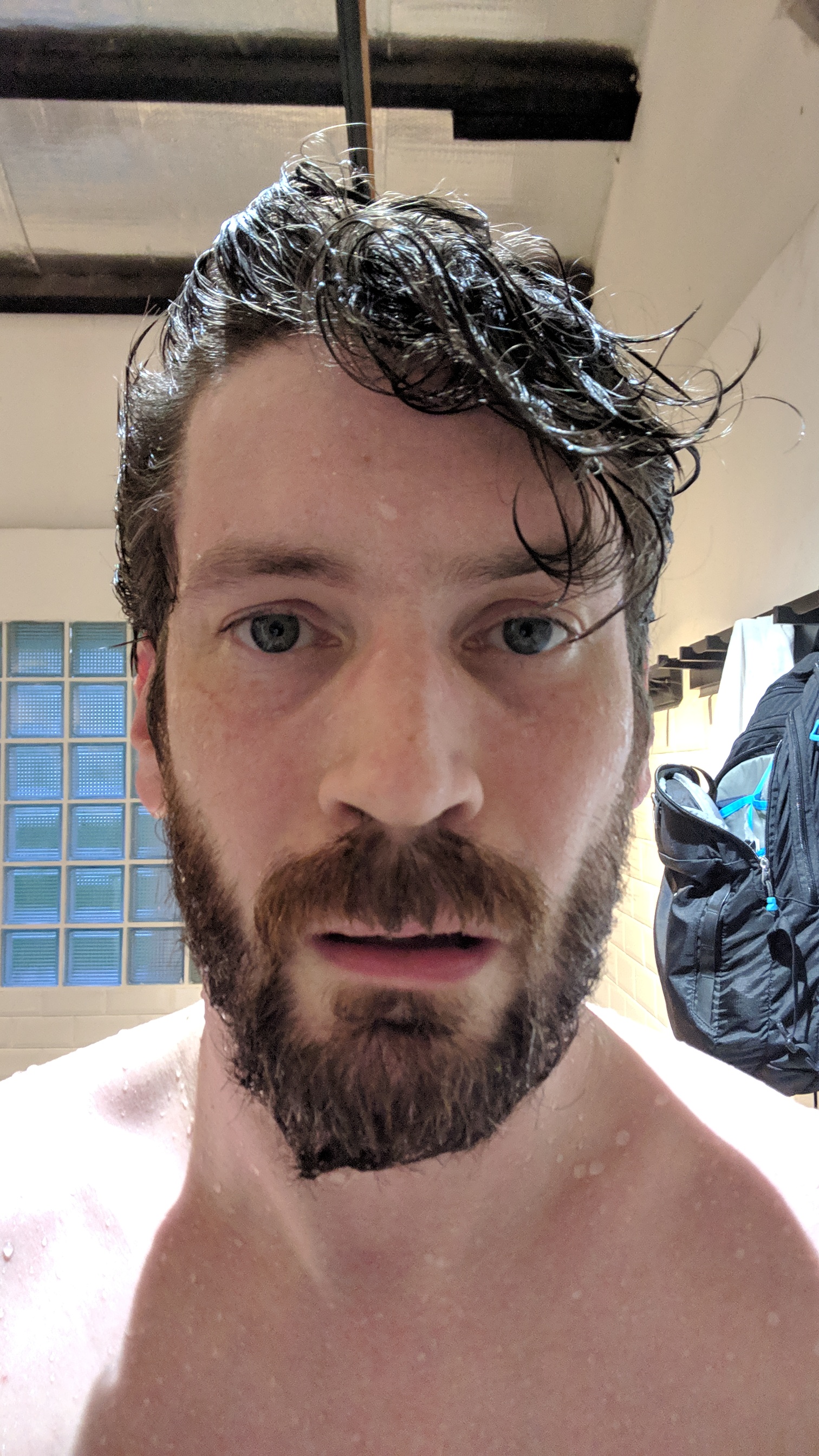 One response to “Swimming Lesson #54”