To the pumpkin patch and beyond

Having hired a ludicrous car, we had transportation today, and so after a rapid breakfast we drove out to Bob’s Corn and Pumpkin Patch, an agritourism attraction about 40 minutes from Seattle.
I know it’s an agritourism attraction because there’s a sign identifying it as such in the car park, but that’s the same sign that warns you that you’re repsomsible for your own death via accident there. How often is somebody fatally buried under pumpkins?

There’s a lot more than pumpkins, though. First, there’s a doughnut stand (apple or pumpkin flavour). Then there’s a cornbox, which is a wooden box twenty feet long and a foot deep with corn, which the children can yomp through. Next to that is the cow train, a set of old oil drums, with wheels welded on, then painted to look like Jersey cows and and chained together to a tractor. You put small children into the oil drums and a maniac in waterproof clothing then drives them around in circles.

After that there’s indoor tricycle riding, there’s a slide, a mound of straw, two different corn mazes… An entire cornucopia of stuff, and only about half of it pumpkin related. There’s even a cannon where you can fire mealy old apples at a sheet of iron. Truly, they thought of everything.

The girls were pretty good (excepting a period where La Serpiente kept ramming her sister with a tricycle, long after we’d told her to stop). I took them trudging through the corn maze, and we wore them thoroughly out: by 745 tonigjt they were both sparko. That gave me the evening back to lose games of Blood Bowl and read the rest of The Light Brigade, an unsatisfactory novel that I’ll detail tomorrow. 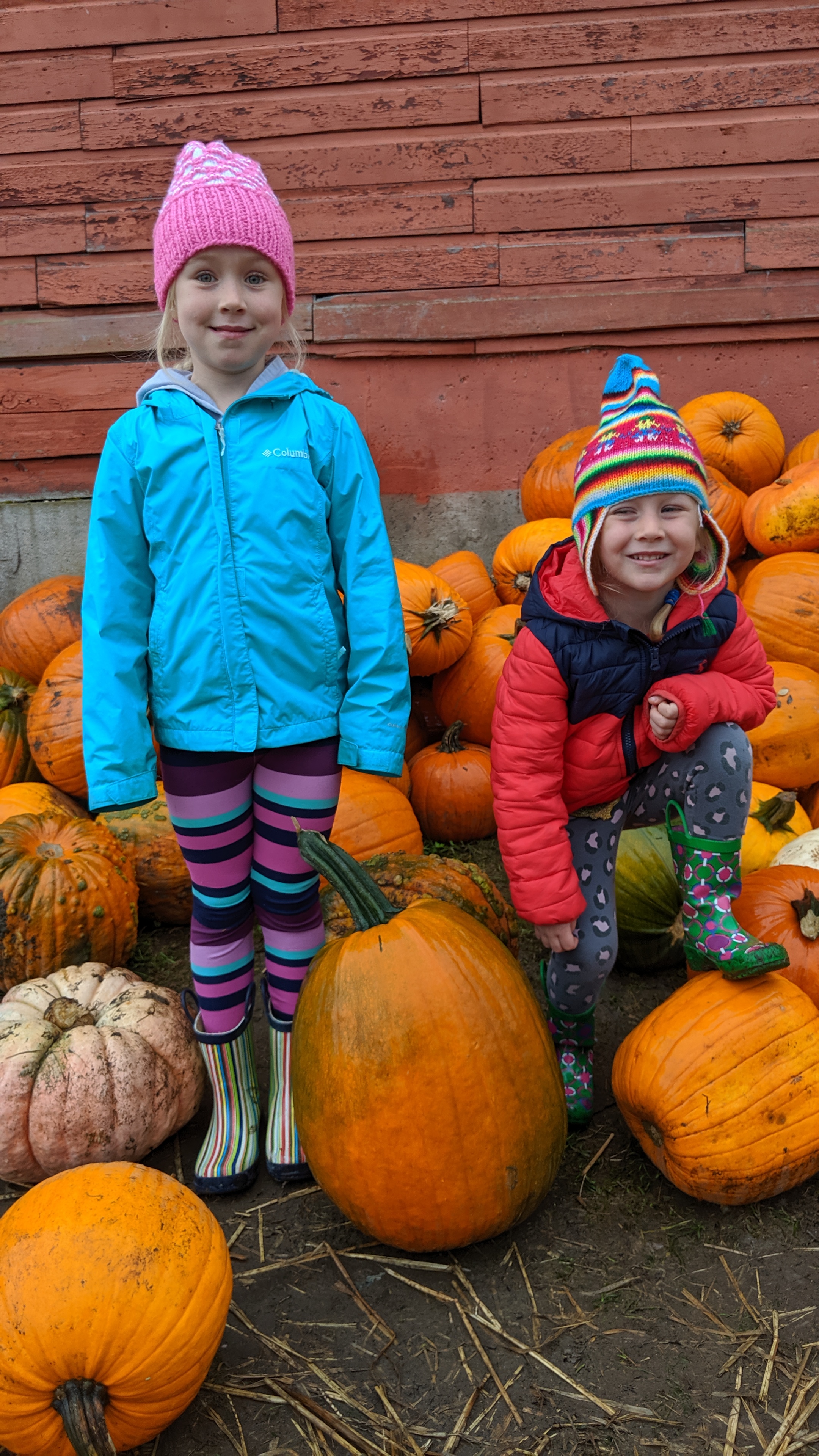 One response to “To the pumpkin patch and beyond”