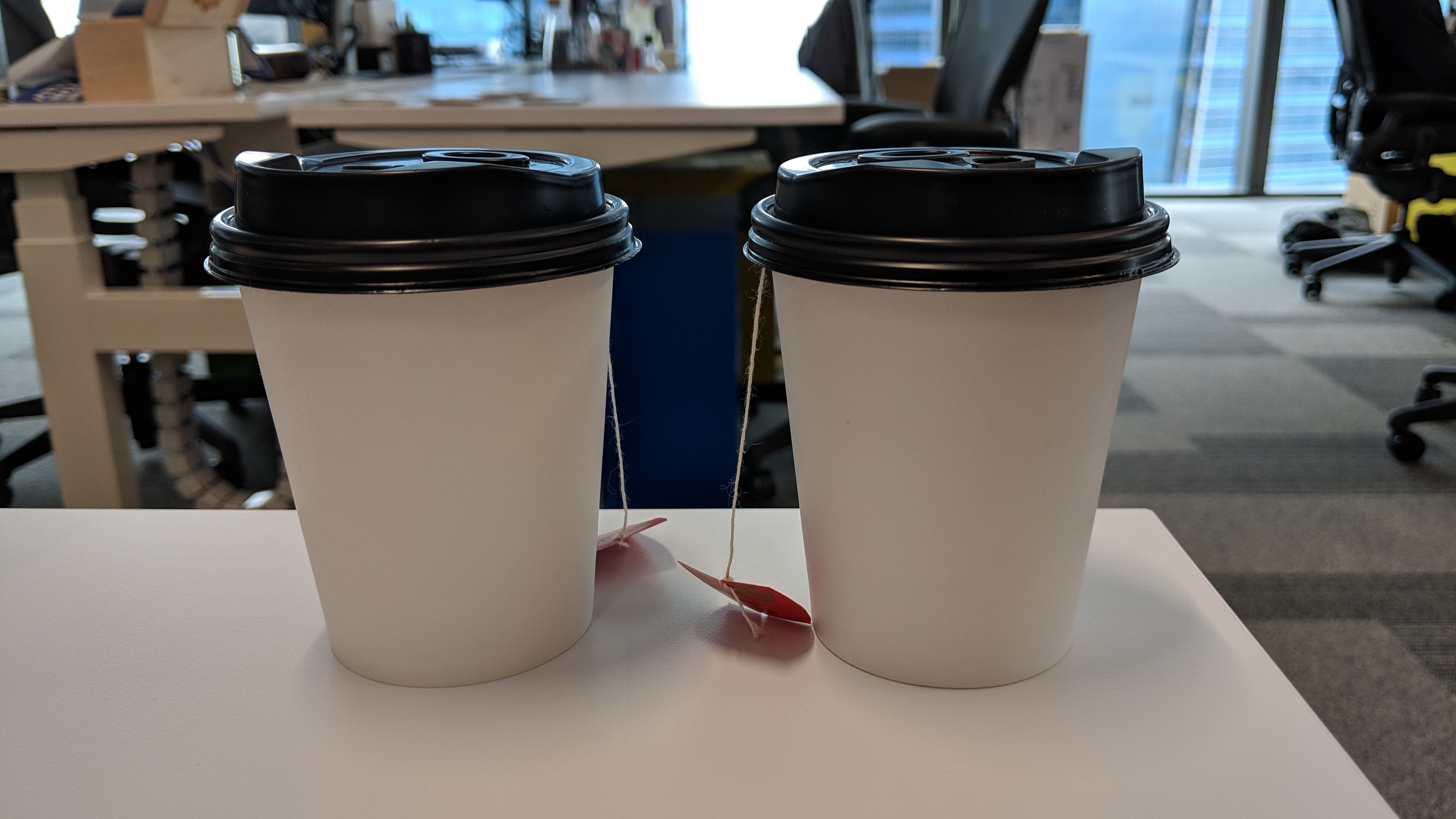 I didn’t take any of my painkillers this morning, because I wanted to be conscious during the day (after passing out at 3pm yesterday, I couldn’t sleep until 2am so I didn’t really want any more sleep disruption). After I dropped the girls off at school, I went and got a coffee and then got the bus to near the office, arriving at my desk to find a paper cup on my desk, just in front of my keyboard.

Taking the lid off, I discovered a full cup of tea, undiluted by milk, and completely cold. It was a strange thing to find, especially situated front and centre on my desk, as if somebody had brought it in as a treat for me.

None of my colleagues claimed any knowledge of the tea’s provenance.

Then I found a second, identical cup of cold tea, between the box of tissues and the large wooden train whistle on my desk. As you might have deduced, my desk is a bit of a mess, mountains of paraphernalia littered across it. Quite why somebody would put down a cup of tea in the midst of this forest of 21st century junk was quite mysterious.

And still, nobody came to claim them. I left them on my desk until a quarter past three, at which point, assuming nobody wanted them, I tipped the tea down the sink and threw the cups in the bin. I hope nobody came looking for them later.

Nothing Much In Particular
mysteries, tea