This morning I went to the Hyundai dealership seventy blocks north of where we live, and about six hours later I finally finished the paperwork for a new car. This is the first time in my life that I’ve had a new new car, rather than something that was new to me but already had 75,000 miles on the clock, so I finally get to experience the smell of a new car.
After much inning and ahing, we bought a Hyundai Kona EV. Rather than go for a hybrid, where we’d be exchanging efficiency for reduced anxiety about range, I’m making the bet that 250 miles is acceptable as the daily range of a car.

It’s quite unlike a regular car in some ways, and much the same in others. Unlike the Teslas, where everything is touchscreen and super advanced, the Hyundai has lots of buttons, just like a regular car. But to my mind that’s preferable as it’s easier to learn the locations of buttons than remember multiple levels in a menu hierarchy.

Like any electric car, it goes fast, quickly. It doesn’t have the performance of a Tesla, but it still has that crazy electric linear feel to the accelerator. You push on the loud pedal and it goes faster. And then it keeps getting faster and faster without anything that feels like inertia.

And all the time, silently. I miss the roar of an engine, but only so much. At low speeds there’s a whistling noise it makes to warn pedestrians (although it’s still so quiet I had somebody almost step in front of us today); there’s also a ludicrous function where it will play a recording of a cafe or the forest as you pootle along, perhaps because they know we need some background noise. It’s a shame there’s no setting where you can play the sound of a massive engine being revved, but we can’t have everything.

What else is there to say? It’s red, it’s shiny, it’s plugged into the side of our house, and it’s waiting for six weeks before the license plates arrive, at which point I can go and get them replaced with ones that say CUSHTIE instead. 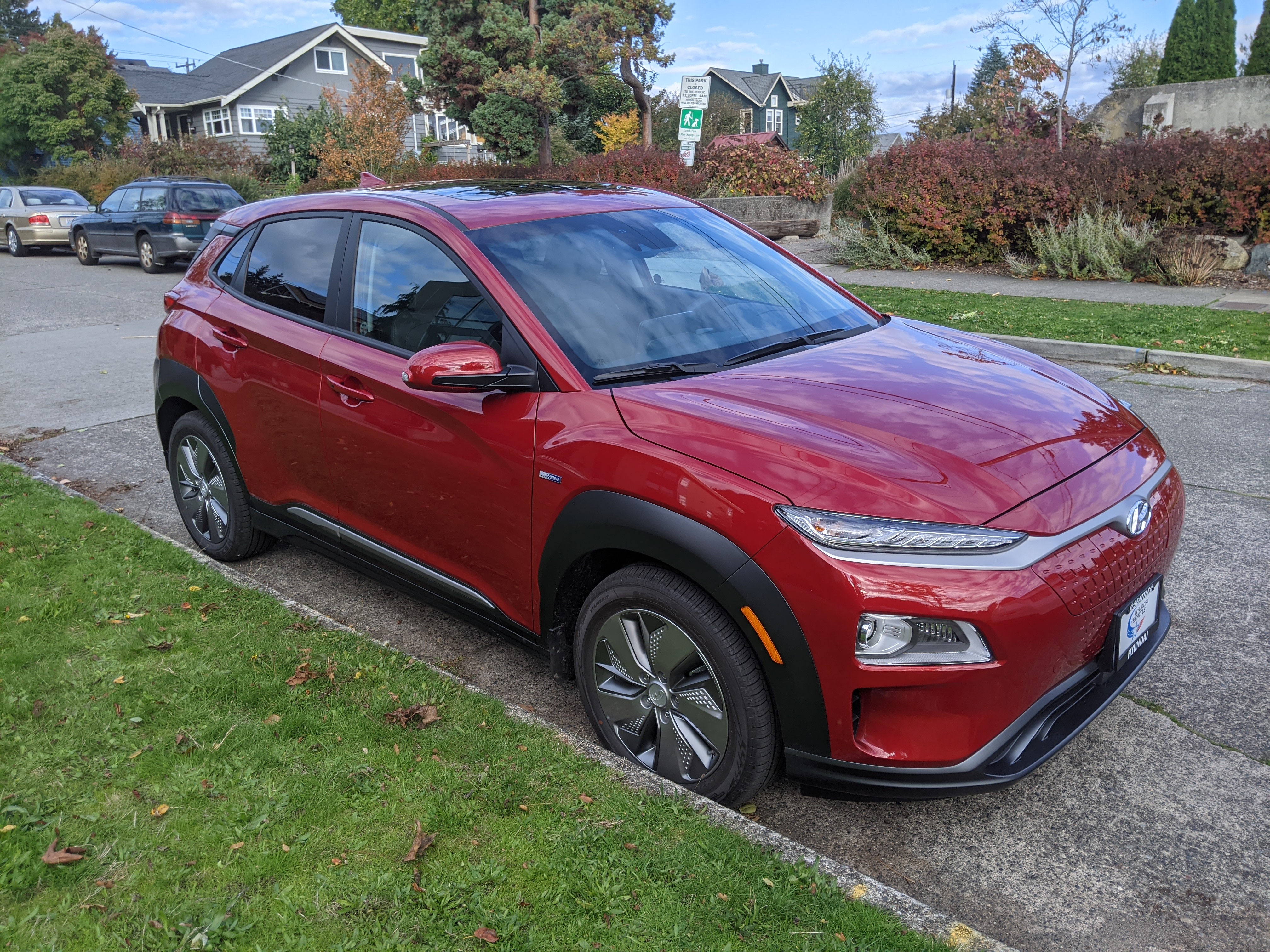 One response to “Va va voom”