What a carve up

This morning I went climbing again, and had a better time than last week – I didn’t regress much, there only being one route I can’t climb that I’ve managed before, and a few new ones I did first time. The only downside was that I managed to wound myself again, this time tearing a callus on my left hand, but it’s survivable.
I drove home via Goodwill, dropping off a couple of boxes of stuff we don’t need any more, then took the kids to buy biscuits and my wife to the supermarket. Errands run, we fee the kids lunch and then I made them accompany me when I returned the car to Enterprise.

They had acquiesced because I’d promised them a trip to the bookshop. We walked through misty alleyways and made it to the shop with a modicum of complaint. There weren’t even demands for me to buy more Lego instead. Then, a few books about dragons later, we walked down the hill and home, where I set to carving the pumpkins with the kids.

This was meant to be something for them to do, but lacking the requisite strength and attention spans, it fell to me to use a series of small saws and a sharp serrated knife to cut out shapes in the pumpkins. This was much more fun than I expected, having never carved a pumpkin before. I proudly set them up on our porch, and it was only late tonight my wife reported that we have slugs nibbling on them. Damn invertebrutes! 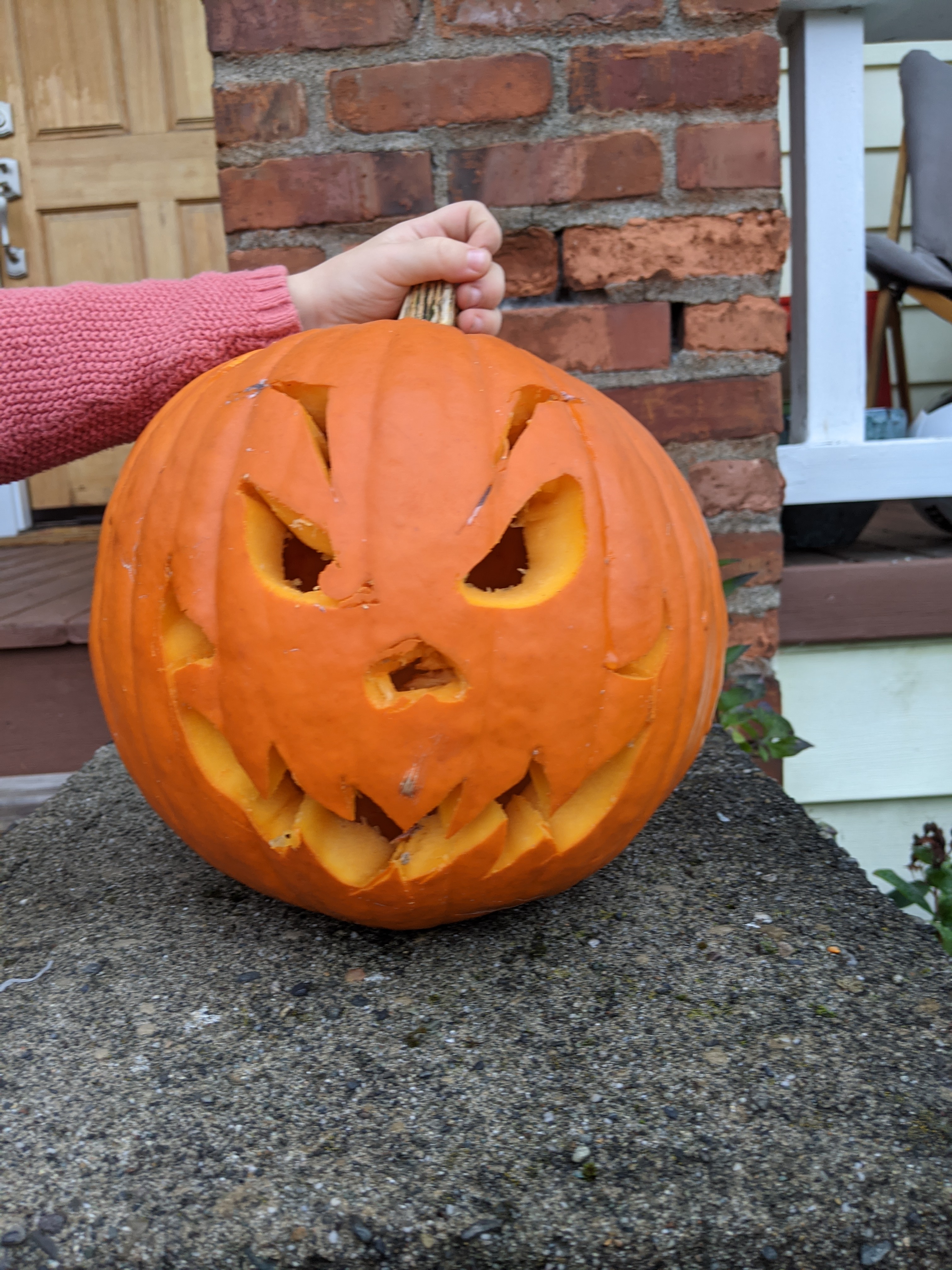 One response to “What a carve up”