It’s the Singapore International Jazz Festival this weekend, and although the tickets are extortionately expensive and I’ve never been that big a fan of some old geezer parping on a saxophone or playing all the wrong notes on a piano or some sho-wop-a-booby-bop whatever or shooting up heroin in grainy black and white photos, my wife was super keen to go. So it was super fortunate that a friend got six free tickets from work, and so we were off to the races. Well, off to the jazz.

Gilles Petersen, the incorrectly spelled jazz DJ, had brought over a band. I couldn’t hear what they were playing because there was a jazz yodeler who drowned out all the music. Eventually her voice must have got tired so she cleared off, and then the saxophonist announced the next tune was Lost Mountains or something, and they all played the same riff for ten minutes.

The crowd slumped agog in their beanbags. I guess it’s unreasonable to expect a lively crowd at an outdoor jazz concert in the tropics. My shout for ‘Freebird’ went ignored.

After the band came off, Gilly Petersoon came on to play some of his records so we’d see how much better his musical taste is than ours. He didn’t manage to play any tune for more than a minute before getting bored, and having his mate Earl Zinger (,no, I’m not making this up) mumble into a microphone over the jazz. It turns out not everything sounds amazing if you jack the reverb up to maximum.

By now I’d sneaked into the VIP area by just walking purposefully past security, which meant drinks were free, fun and sunshine for everyone. This was not an unalloyed good as my wife decided to start biting me, and the free booze meant she didn’t care (or couldn’t tell) how hard she was biting me. Or tearing off my shirt. It was a strange evening.

The main act, Corinne Bailey Rae, came on stage wearing a pant suit constructed from bacofoil, like she was fresh back from inspecting an active volcano. Two hours of Yorkshire-inflected jazz pop ensued, although regrettably no rendition of “lkley Moor Ba’Tat” in 11/16 time featured in her set. Still, all the tunes got played, my wife kept biting me, and I even recognised something. It was “Giles Put Your Records On”, although with her accent it sounded more like “Girl”.

As we left the concert, we met the keyboard player who kindly posed for some selfish, which was nice. Except that made my wife think she could get a selfie with Corinne Bailey Rae, who was probably hiding from drunken bitey women in the backstage area, which meant I had to extricate her from the entrance to the green room, while I wasn’t wearing a shirt. And my wife had no shoes on. We’re strictly high class, all the time. 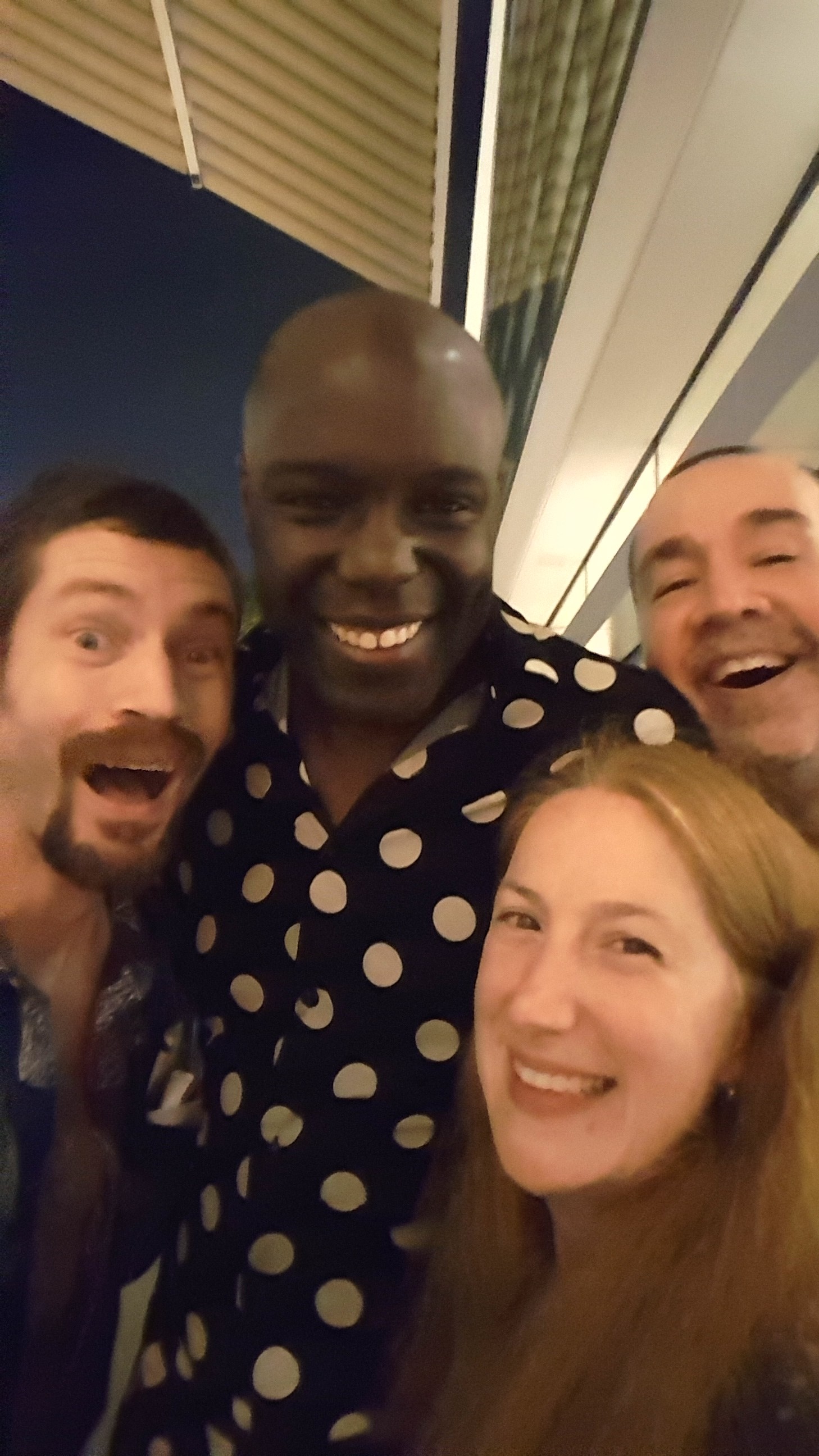