After yesterday’s grumpy taxi driver, I was pleased to meet with a very friendly Hertz rep when I went to pick up the hire car. Perhaps he was so happy because he upsold me to a larger car (a Toyota Camry) or to buy oodles of insurance. Still, as we have so much luggage I don’t think a smaller car would have swallowed it all, and he may not be so happy when we come back having driven the car into a utility pole like in 2011.

He recommended that we go to Snoqualmie Falls, so, after a morning in the office, we packed up the family and drove over, to one of the nicest looking hydroelectric power plants you’ll ever see.

It’s also one of the first hydroelectric power plants, built in the 1880s. Because Snoqualmie Falls are so high (slightly higher than Niagara, apparently) they didn’t use a dam to build up a reservoir behind it – it runs on gravity alone.

The drive there is quite pleasant, even in the rain. Its a couple of winding roads through mountains and forest, and this time of the year everything is beautiful and green. I had my trustworthy Nokia loaded with maps of Washington and the voice of a stoned surfer to give me directions, and we arrived painlessly at the top of the hill, looking down on the falls. I unloaded the baby carrier from the boot of the car, strapped La Serpiente Negra in, then walked up to the falls to look down. We stood there in the rain, peering through clouds of mist, then tramped over to the hotel complex and had lunch at the Attic bar there. There’s a good view of the falls from the windows there, but those seats were being hogged so we crammed ourselves into a table at the back and then crammed soup (good) and pizza (ok) into ourselves before driving over to Leavensworth. 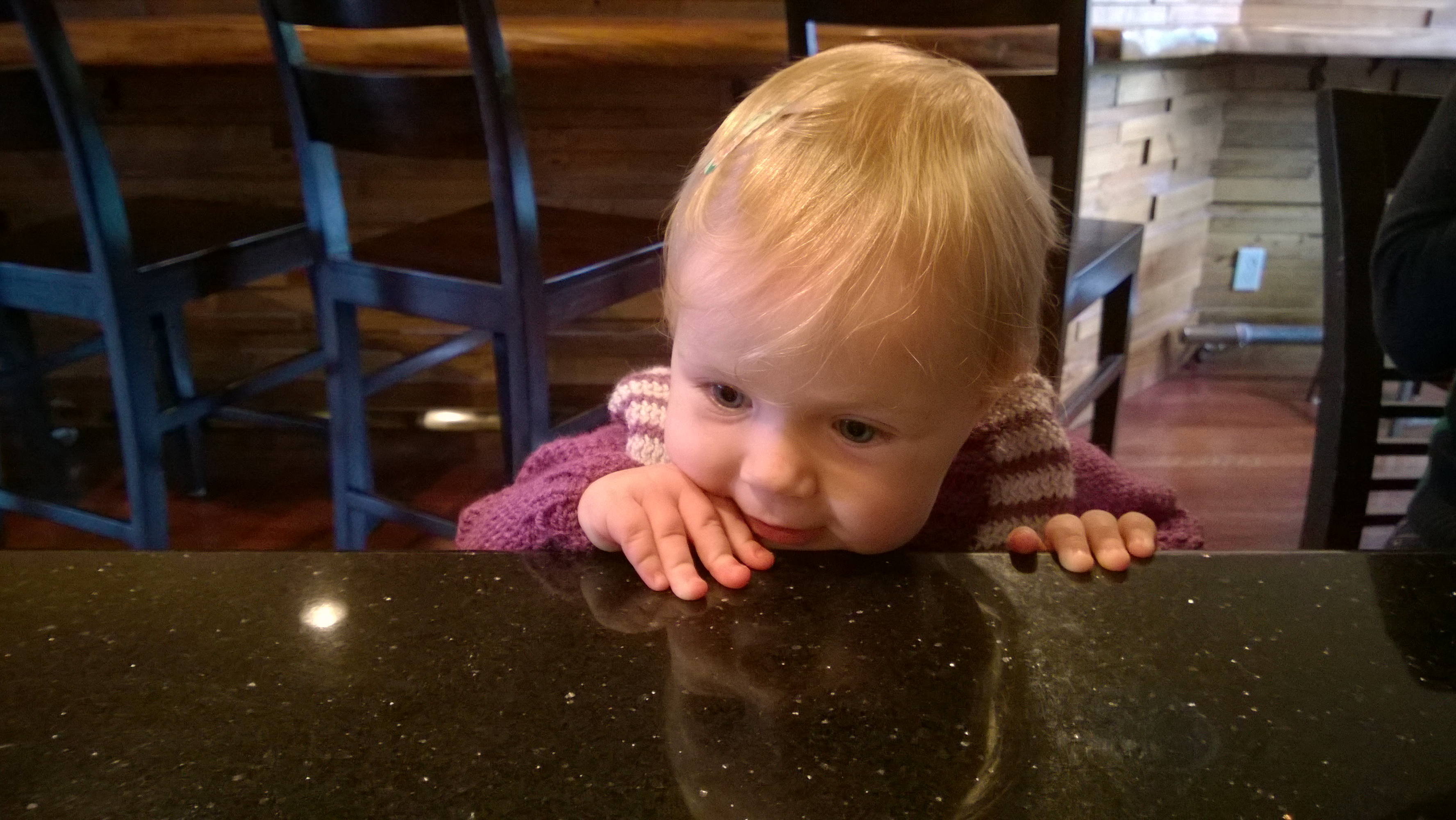 I thought it would be about ten minutes to get there: more like two hours. Near the end, I had to pull over at an abandoned motel, for fear I was going to go bosseyed from fatigue. Until then, the Camry was a fun car to drive, zooming along competently even with a wife, baby and three suitcases in the back. The highways in Washington are enormous, full of massive trucks, and apparently go from nowhere to nowhere, via nowhere – kind of the wilderness up here. Eventually we arrived in Leavenworth, about 6pm, when I was exhausted, having woken up this morning at five.

Leavenworth was an old railway town in Washington, that began to suffer when the railways died off. To rejuvenate it, they decided in the 1960s to make it more attractive to tourists by giving everything a Bavarian theme.

Not just a few pretzels here and there. Every sign is in heavy Gothic Blackscript, including Starbucks and Subway. There’s sausages and sausages and sausages – it goes from bad to wurst (I couldn’t resist that pun any more than I could turn down a vegetarian hot dog) but there are also a lot of souvenir shops that don’t just sell crap knick-knacks. There’s a big toy shop selling stuff from Shenzhen, just in case we were homesick for Asia, a chocolate coated cherry specialist, and a tattoo parlor that seemed to be staffed by clean-cut men in shirts and ties (which feels as trustworthy as a bald barber).

La Serpiente Negra had been placid for most of the drive to Leavenworth, only melting down near the end, but when we took her for a walk she conked out completely. This made her easy to manage (we strapped her to me and carried blithely on) but after a few hours, we woke her up to walk on some proper soft,grass, an opportunity that’s rare in Singapore. She wasn’t too impressed, but when we went to a pretzel shop she began dancing to the music, even though it wasn’t oompah. This is going to lead to some,very strange memories for her (especially breakfast tomorrow, with a man playing an alpenhorn.)