A deserved journey to hell: Port Of Lost Souls 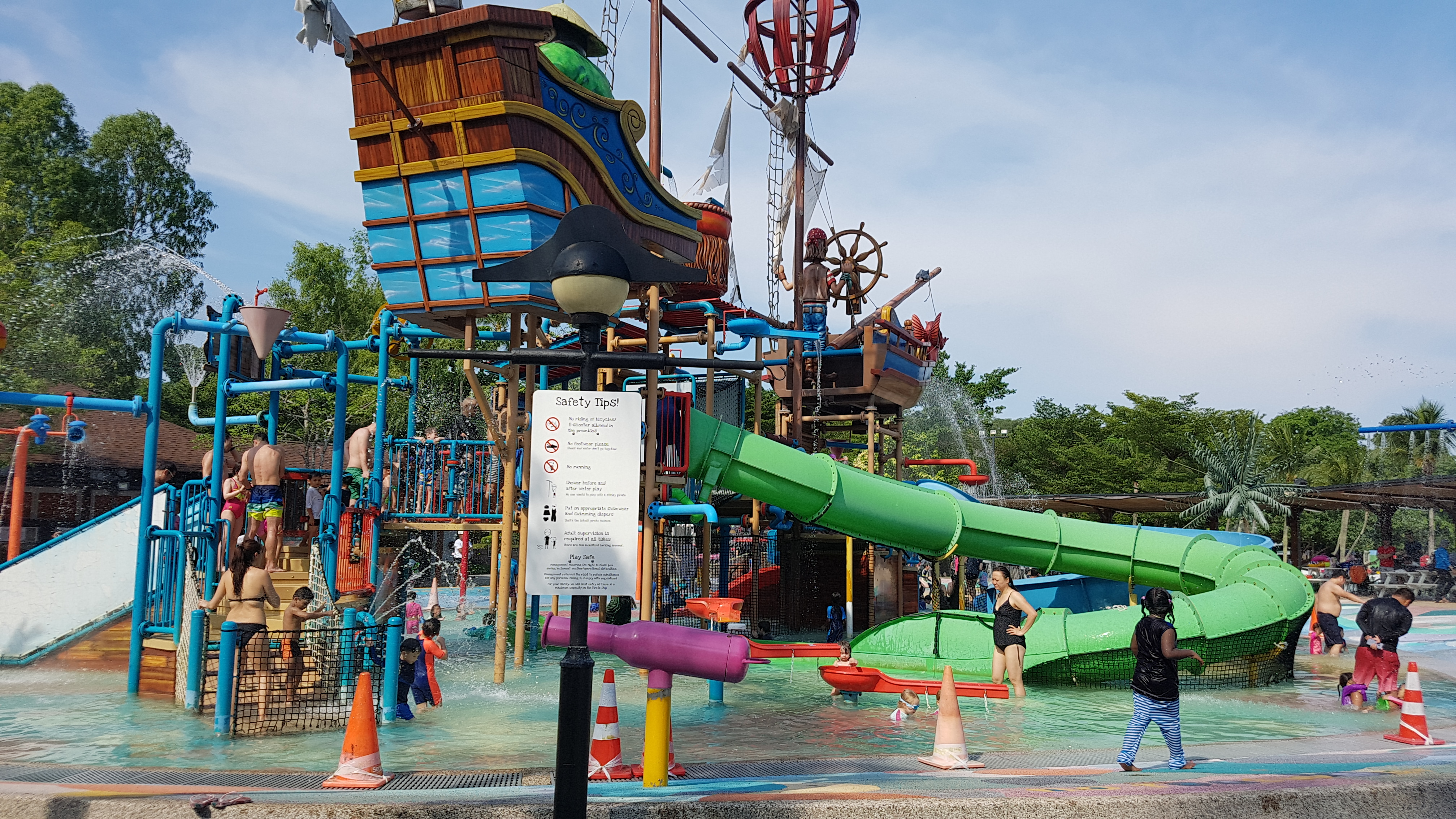 As they say, karma is a bitch. Or rather, if you make your children weep with sadness, you’re going to have to go to a water park.

As a treat, today we played our kids Gnomeo And Juliet, a remake of the Shakespeare tragedy played out by gnomes, with Jason Statham voicing Tybault. And all the musical accompaniment is Elton John songs with the lyrics slightly tweaked.

I knew it was a risk, given La Serpiente’s sensitivity to stressful situations, but strangely Jason Statham being smashed into a thousand fragments of clay against a brick wall didn’t faze her. (perhaps because she knows the Statham drives the Bungletruck and is therefore every child’s nemesis).

I won’t go on about the plot of Gnomeo And Juliet, because it’s just a great movie, complete with an exploding lawnmower, the possessed statue of Shakespeare himself, and Hulk Hogan doing a voice. But there is a point two thirds of the way through where a couple have an acrimonious divorce which culminates in ex-husband and ex-wife both getting one of a pair of lawn flamingoes. When this couple was torn asunder, both our children were on the sofa not just crying but bawling their eyes out, screaming in a mix of fear and sadness, and it wasn’t until there were dancing gnomes at the end credits that they really recovered.

So of course, this afternoon we went to the Port Of Lost Wonders on Sentosa.

I can’t stand Sentosa, a plastic island of rich people and fake beaches. I don’t like water parks, filled with water both over chlorinated and murky, and all the attendant annoyances like small children spraying you from water cannons, and the sight of the butt cracks of overweight middle aged men, and the ignominy of getting stuck half way down a slide. You’d think the only way it could be worse for me would be to combine both things, but the Port Of Lost Hope exceeds even that, by playing R Kelly as musical background to the hell scape.

Yes, that’s the guy, R Kelly, famous for micturation and accusations of statutory rape. At a water park for under ten year olds. I guess they’re playing Gary Glitter at the creche up the hill.

Still, the kids have no appreciation of pop music so they didn’t care. They ran back and forth and had a fine time with water pistols while I stood in the middle of the shrieking, sodden mess wondering what on earth I was doing there.

And then I remembered. I was being a parent, and this was all my fault.

One response to “A deserved journey to hell: Port Of Lost Souls”