I had a surprisingly cheap foot massage today (about the same price as it would be in an upstairs room in Chinatown, but in the far more relaxed atmosphere of a Thai place in the Vivocity mall. The mall itself is usually fairly expensive and very noisy, so finding something cheap and quiet bordered on the miraculous.

Afterwards, I wanted to get a little something to sustain me until I got home, but the queue at Jamie’s Italian stretched for miles, so I walked a bit further along to Costa and got a piece of chocolate tart.

There are at least two Costas, one at the airport, where I only remember how horrible the food was, not what I had, and this branch in the mall. At 7pm it’s almost deserted, so I got a comfortable seat to eat my slice of tart and drink some ice water.

It’s made with Valhrona chocolate, which is as sumptuous and rich as I’ve grown used to. The pastry of the tart is unmemorable; dry and not very flavoursome, and the bits of pistachio on top of the tart have negligible taste, but that almost feels irrelevant, given the quality of the chocolate.

It’s pricey though: $7.50 (the equivalent of £3.75 in London, which feels way too steep, especially as the tax rate is much lower here than in the UK. But I suppose what I saved on the massage (at least in terms of removed mental stress) I could spend on the tart.

Very little else to say about Costa. It’s another soulless coffee chain, just like Starbucks. The cutlery is better here though. If you wanted something interesting, you probably wanted to read something else. Likewise, if I’d wanted something more than just a little something, I’d have gone elsewhere, but it was at least adequate. 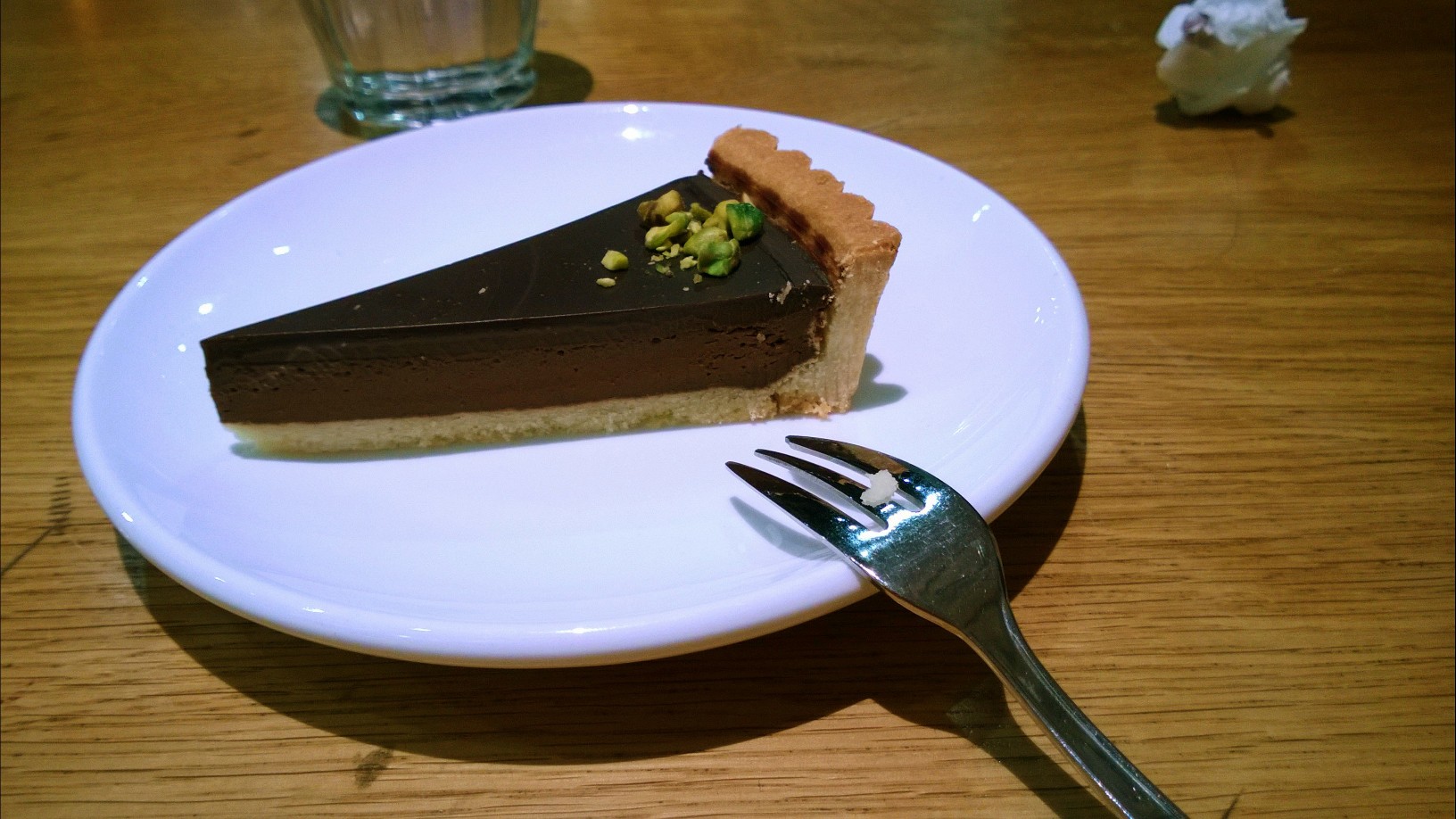 One response to “Costa Coffee, Vivocity”