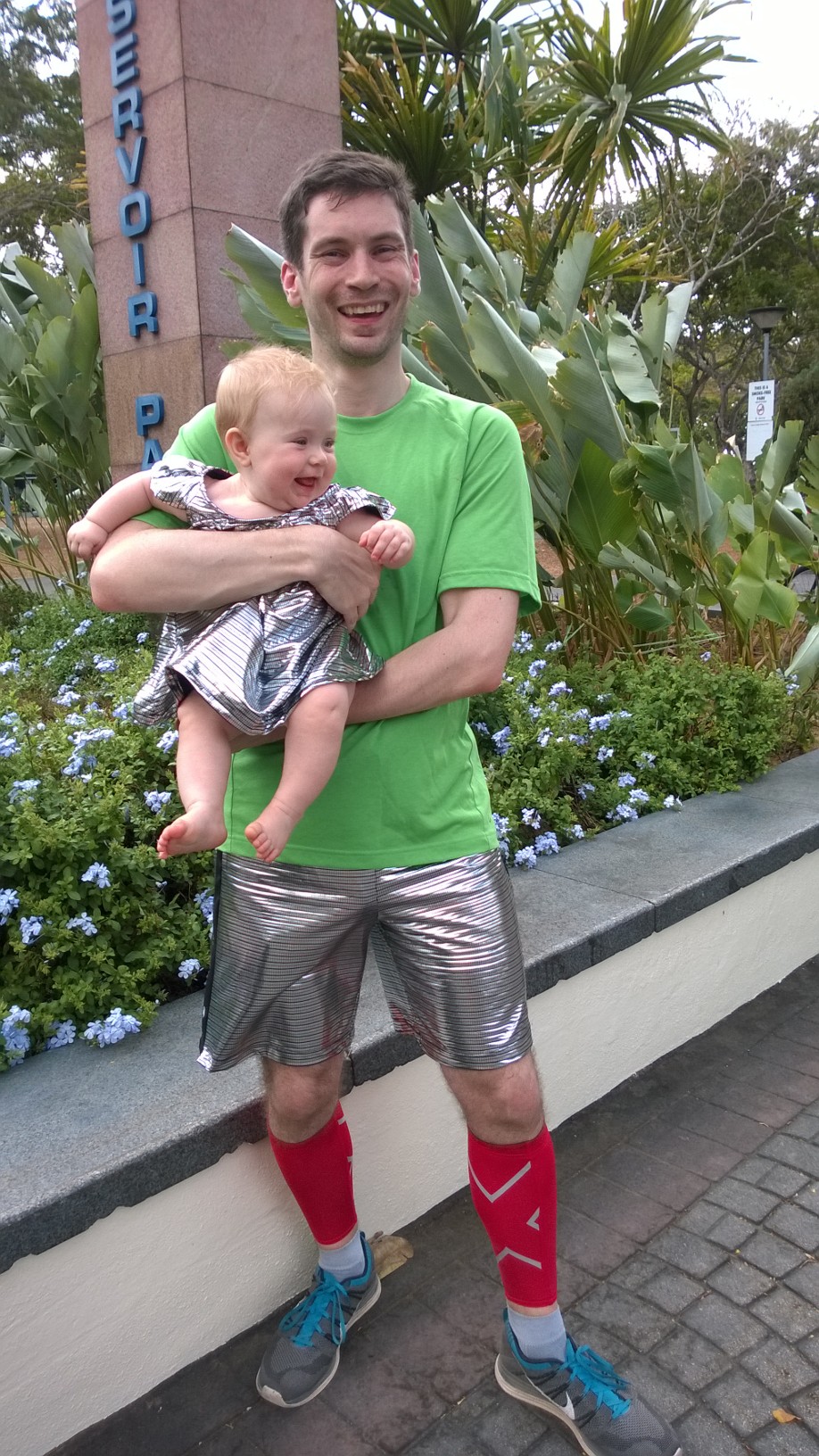 Today it rained for a few minutes, long enough to wash some of the haze from the air, and so the relay race this afternoon wasn’t called off. After my Spanish lesson, I headed back home, stopping only to buy a chocolate bar on the way. When I paid for it, the guy on the till asked me if I wanted a carrier bag; without even thinking, I laughed in his face and pranced away. Which of us was more at fault?

Before any race I like to rest; get lots of sleep and relax. Last night we had Felicity giving it maximum overdrive, so that didn’t help. When I got home after Spanish she was a little fussy, so I made her dance to Aphex Twin for an hour before going to the race.

We got to the race venue at 3:25, long before the start time of 4pm. Except that at the last moment, they had changed the start time to 3:30. I rushed down to the start, only to see a vast amount of faffing about before the race started at about 3:55, after a long and confusing explanation of the rules via a PA system that was pointed out to the reservoir, and away from the runners.

Each team got an elastic band that served as a baton. The first person ran off and did about 2.5km, then came back and handed the band to the second person, and so on. This meant you went from a standing start to running as hard as you could, which was a bit tough, as was running in the afternoon sun, as was a course where the final corner seemed to get further and further away from you as you went on. We had a good start and a strong finish; I was in the middle and hopefully didn’t slow things up too much.

This was the second outing for my silver shorts, with carefully uncoordinated socks and shirt. This time, Felicity got to wear her matching dress, and as the doting father I got to carry her around after the race, in between drinking beer. Then we fled north to a friend’s house for birthday drinks, before finally rematerialising home about nine, Felicity scandalized that we’d kept her up so late. Well, perhaps it was her turn for sleep deprivation.