One of my birthday presents was a shave at a posh barbershop around the corner from our flat. (The other presents were a hat, a book about squid, a book about shit, a book of science fiction and some very lovely shampoos and unguents to make me look nicer.) Today, I took the opportunity to use my free shave.

Truefitt & Hill, like most up market barbers these days, offers you a drink when you arrive. I wimped out and chose water, but you can have a gin and tonic made with one if at least three different gins (including the fairly wonderful Sipsmith) and even-posher-than-Fever-Tree tonic water. Being naturally cautious, I believe hair cuts, like tattoos, should only be undertaken when fully sober.

It took just over an hour to shave me. The first pass was with an electric trimmer, to rid the worst excesses of hair, before I was swaddled in hot towels, delicately shaved with a cut throat razor, reswaddled, reshaved, massaged, shaved again. My barber took an awful lot of care to get every hair, even the tiny downy ones that hide around the edges of my mouth.

I didn’t bleed at all (the last barber I went to remarked, mystified, at how much I "spotted" – I now regard this as a sign that he didn’t know what he was doing, rather than that I have unusually soft and weak skin) and, even though I was lying there with my face wrapped in hot cotton much of the time, it was still greatly relaxing.

My child was slightly less impressed, although she was very happy to socialize with the barbers while I was being tidied up. I think that her disdain for me was because she likes playing with my beard. When a clean shaven man, who sounded like her father but didn’t look like him, appeared she was noticeably unimpressed to begin with, only repenting eventually. I suppose that means I should have only shaved half my face this weekend, given her time to adjust.

And then I could have had two gin and tonics. Ah, wasted opportunities. 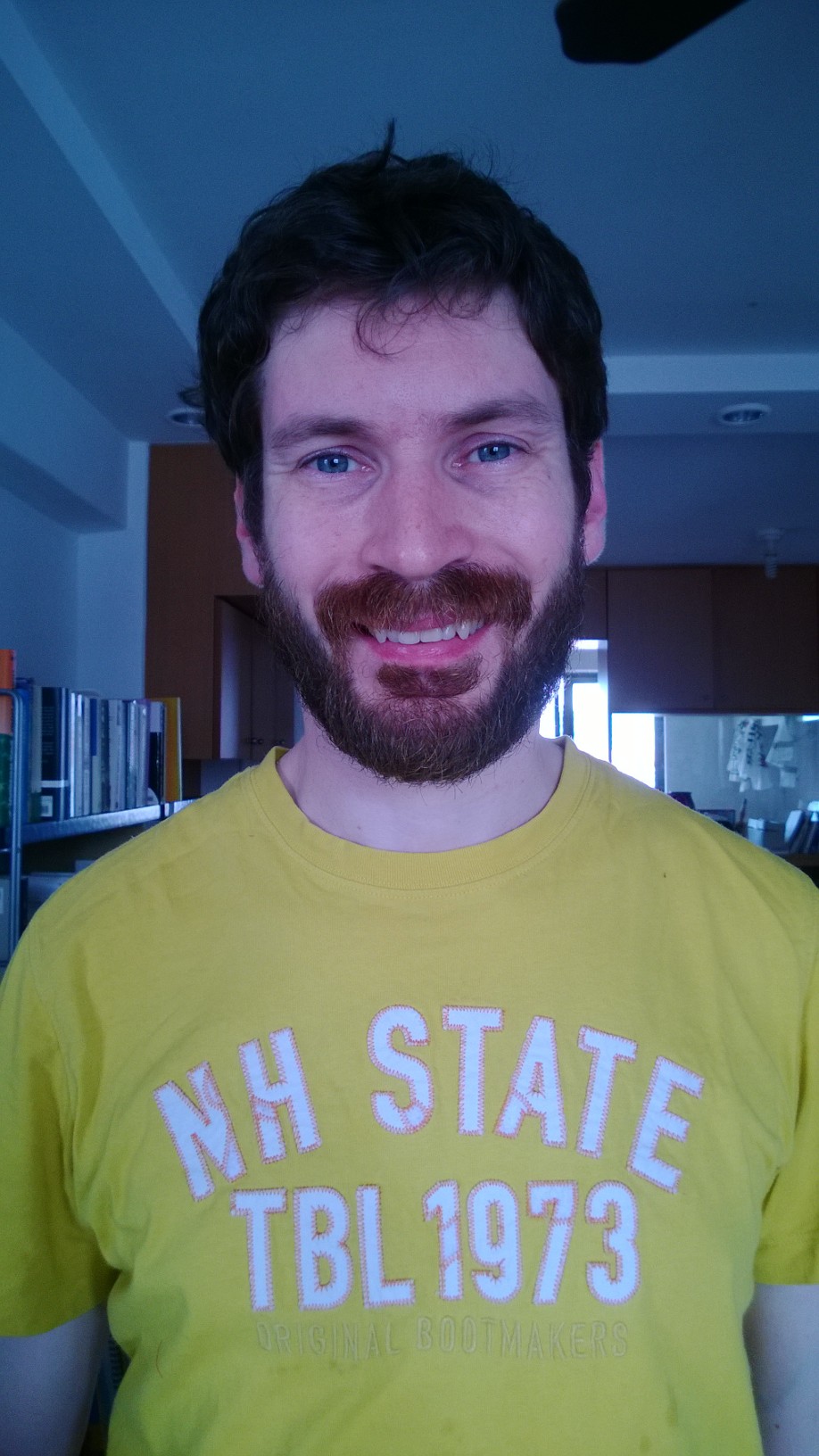 One response to “Shaven”