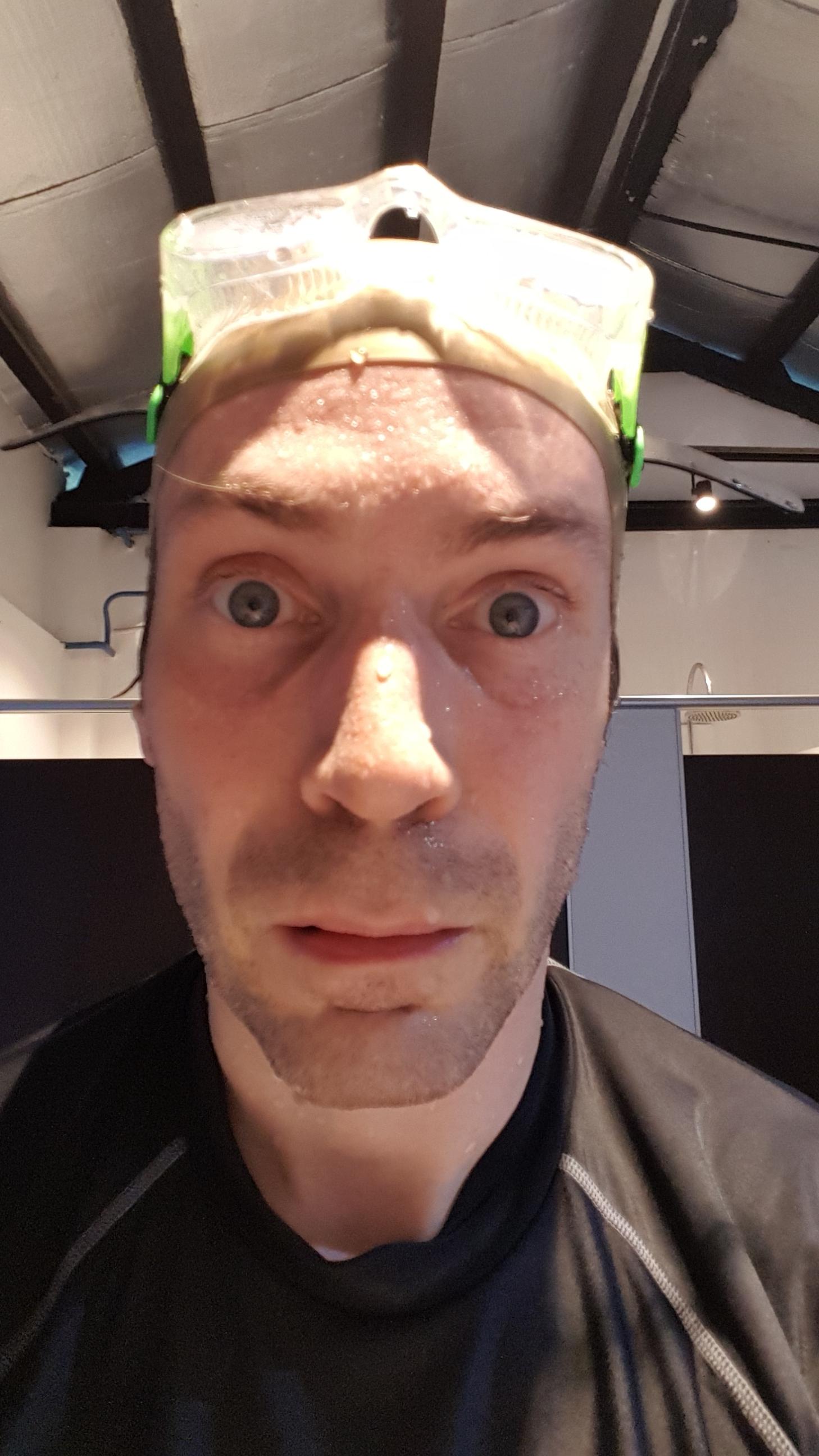 Whoops. Once again, I’d been weeks without swimming; a week away in San Francisco, then forgetting to go the week I got back from Perth. To make things harder, I’ve been transferred from a 12 metre pool to a 20 metre pool. While that’s still only 40% of an Olympic pool, the extra 66% vs what I’m used to means that swimming a length is much more taxing than before. In the long term this will be good for my endurance; in the short term, it’s just hard.

I had a different coach again today, and with different emphasis again. On my freestyle, there wasn’t so much to do; I need to relax my hands when I bring them back into the water, and my (tired) legs need to kick more and flutter ineffectually a bit less, but that was about that. I thought I’d get told I was sticking my head up too much when I breath, but maybe he didn’t notice, or maybe I wasn’t doing it as badly as I felt.

Breaststroke was worse, because my whole kick got taken apart. I’ve been taught a wedge kick, where you get most of the propulsive force from snapping your legs together at the end, and now I’m trying a whip kick, where its much more from the kick outwards and not the inward part. So that was a struggle. My glide and scull rhythm is off again as well, but again, that needs practice.

Backstroke was going a bit off too: this is my favourite, but I wasn’t getting my belly up high enough, I’m weaving from side to side rather than going straight backwards. Everything was just too difficult, and the other person in the pool was just doing everything effortlessly which made me feel even clumsier.

And that was before we started on butterfly, which was one of those nightmares where I can’t even begin to describe what I was meant to be doing, or what I did. Couldn’t I just do backstroke for 45 minutes?

I went home a broken man. On the positive side, to cheer myself up after I’d put the kids down I went back out and did 45 minutes at the climbing gym, and managed, after two goes, to get to the top of a 14 problem with a 40° overhang that yesterday was impossible. So now my arms are murderous, but I feel I’ve achieved something.

Always forward, in one direction or another…