What I learned today about toasters 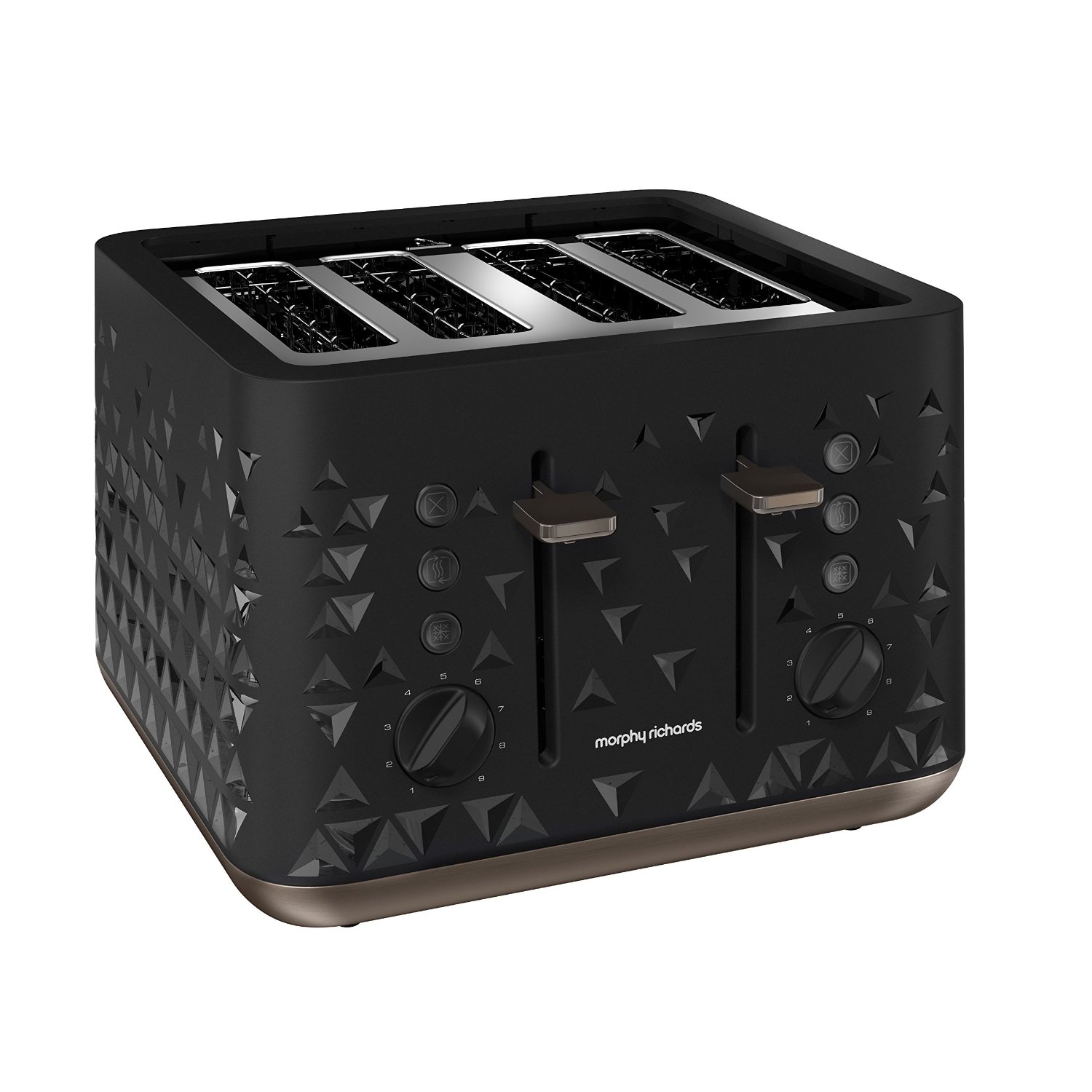 We woke today to a house devoid of food, and had to quickly head out to the bakery to find croissants to placate both the girls. There’s something wrong there but I can’t say what it could be. After that, the family split: my wife took La Serpiente to a birthday party while I went with Destroyer to the travel agent to book a holiday in Taipei for me and La Serpiente, for a bit of father-daughter bonding in September. And then I went north to buy a new toaster.

We’ve had our old toaster for at least three years – it was one of those electrical appliances you get in Singapore by collecting enough stamps at the Cold Storage supermarket, and then still paying sixty or seventy dollars for the apparatus itself. But this week the catch broke, so when you push the bread down to toast it (inside the bread carriage, to use the technical term) it pops straight up again. Which is no good.

They’re demolishing the Funan Digital Mall, home of lots of electrical gadgets and innumerable mobile phone repair shops, soon, so I took Destroyer there in the hope that we’d get a bargain on a toaster. I’d fed her some of a croissant, half a punnet of blueberries and a pouch of baby food for breakfast, so she passed out on the walk up there, allowing me to concentrate on toasters in a depressing shop in the basement.

There was a purple toaster. This would have had La Serpiente in raptures, as purple is her favourite colour, but I figured a metal-cased toaster might be too hot to the touch, so I turned that down.

There was a Hello Kitty toaster. This would have provoked La Serpiente to similar levels of happiness, but it looked flimsy and the white plastic was bound to look revolting after a few weeks’ hard toasting action.

There was a Delonghi toaster that had toaster browning dials, like little speedometers on the front of the toaster’s chassis (there’s no other way to describe something so over-engineered) and also a ‘bagel setting’.

I’ve been toasting bagels for more than twenty years of my life (although thinking about it, sadly with a lower level of consumption lately – I must eschew the croissant and get back on the bagel) and never realised there was such a thing. I went to the internet to research this, and discovered that the bagel setting turns off the heating element on one side of the toaster, so that the bagel is heated unevenly. This is good for when you have, say, a sesame seed bagel, because otherwise you’d burn the sesame seed side and not heat the dense innards of the bagel enough. Just as with the controversy around whether a flat white is just a latte with another shot of espresso in it or a substantially different, incredibly superlative beverage, there’s also disagreement about whether the bagel setting just disables the heating elements asymmetrically, or if it also increases the heat going through the hot side of the toaster to increase the depth of toasting on the inner part of the bagel. I don’t like sesame, on bagels or off them, so this new knowledge turned out to have been little use to me.

Finally I happened upon a Morphy Richards with a funky textured exterior, and four slots for toasting. No bagel setting, alas, but there were individual toasting controls for each pair of slots, allowing my wife to have crispy toast and me to have lightly warmed bread (you won’t believe the number of domestic arguments this has produced). Plus, the controls are notched dials with just the right amount of clickiness to make me feel I’m spending my money wisely. Destroyer woke up, I avoided paying for an extra three year warranty on my new toaster from a shop that’s about to go out of business, and then I walked home, faint from hunger and exhaustion, stopping only to jam Destroyer’s stroller in the door of a Starbucks and buy a ‘delicious’ oatmeal cookie.

But I doubt you want to look at pictures of my toaster for long. Instead, I went to the Singapore Flyer with the family this afternoon, and took a photograph of the view across the water that quite pleased me, as it’s vaguely J-shaped:
. 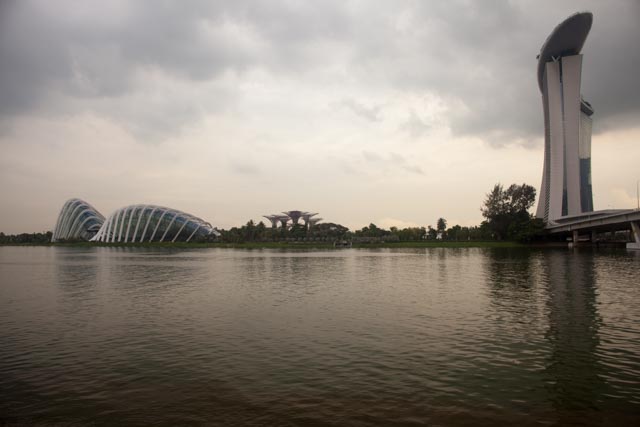 We finished off with ice cream. I realise with some sadness that we can’t let La Serpiente have ice cream, because she goes absolutely mental about an hour afterwards and takes another three hours to revert to normal operating guidelines. I’ll just have to eat the ice cream for her. Hmmph.