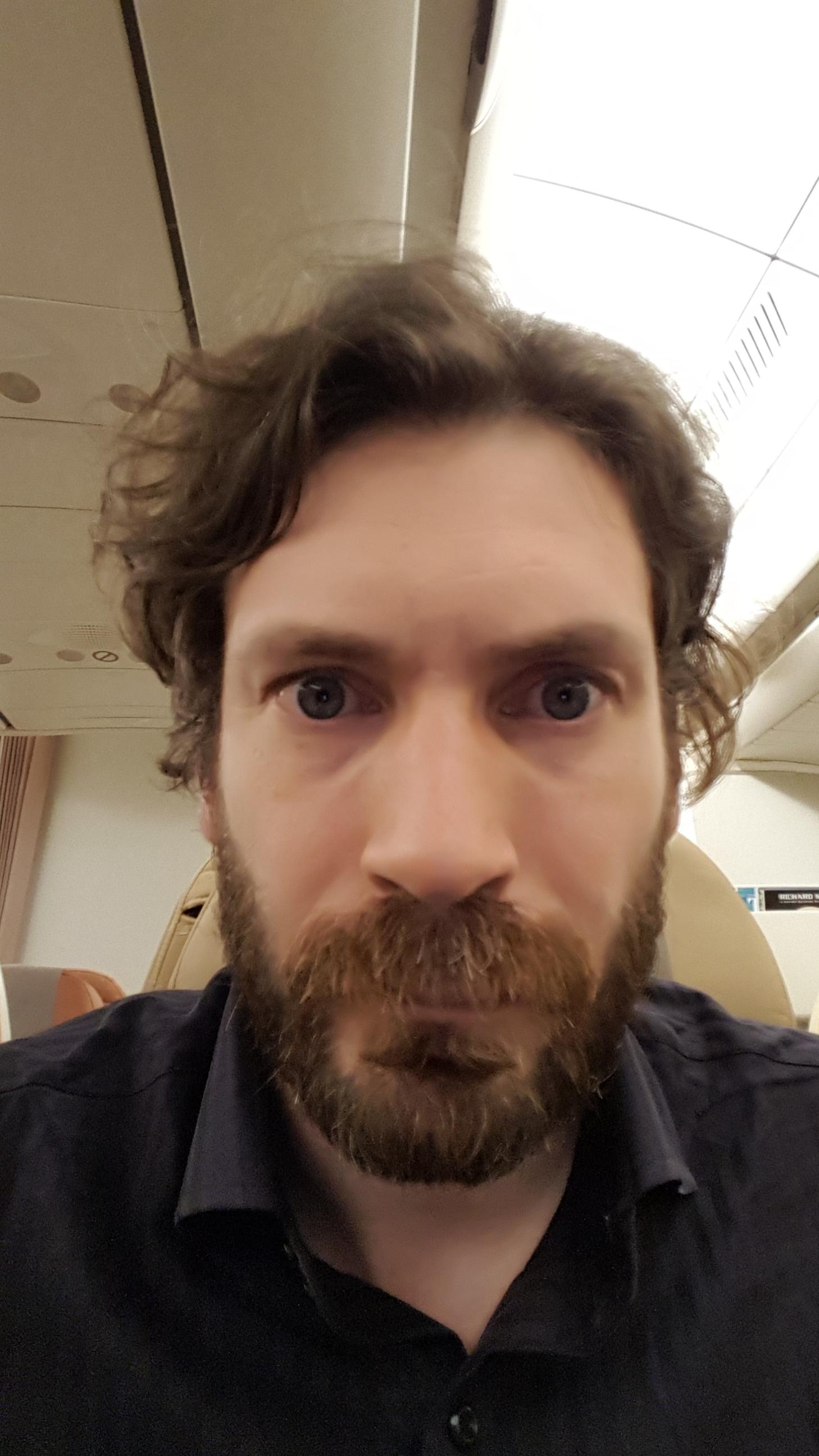 It’s Thursday, so here’s my usual thousand yard stare, except today it’s not from an hour of swimming, it’s from the stress of trying to make it through security and immigration at Suvarnabhumi and get to my gate in less than 45 minutes.

I thought I was being smart. I got to the airport at 6:45, after a less-than-stellar time on the train. The ticket machines don’t take 100 baht bills any more (they say they do, but fail to accept them) and the ticket office was inexplicably closed until 6:05pm.

My flight was at 9:10, but Singapore Airlines have so many flights I figured I’d ask if they could put me on an earlier flight. They could, it turned out, but the ‘special ticket’ I had meant there was a $50 fee to make the change. Fine, getting home before midnight is worth that. But you don’t pay at the Singapore desk, you have to traipse over to the Thai Air counter where a single bored woman with apparently the slowest credit card terminal in the world takes ten minutes to process your transaction.

Then, with flimsy receipt in hand, I dash back to the Singapore Airlines desk and get my ticket, and now it’s 7:05pm, which coincidentally is when my new flight starts boarding.

I go up to security. There’s a long line, as usual. For some reason they make me put all my random Thai money in a plastic bag to go through the x-ray, so I lose time there too, and it’s 7:10 before I get through and down to the passport inspectors. The hall is a mess of people, and I apparently chose the day when (a) all the passport inspectors are trainees (that’s what the sign says on each one’s counter) and (b) an official is walking between counters with a big blue shopping bag which requires something Very Important to talk to each inspector about, and at random new counters open and the queues disintegrate as people run to try to find a slightly faster way through.

It’s about 7:35 when I get through. Boarding stops 15 minutes before the flight, and I don’t know quite where gate D6 is, so I follow the signs, which make me run the length of the entire duty free section, then down a level and in the opposite direction, and I’m pretty sure the signs lied because I run further back the other way to make it to D6 than I did running through Duty Free, but I tumble into the plane at 7:50, just behind two bumbling men in business suits trundling wheeled baggage behind them.

At least it’s a Singapore Airlines flight and there might not be a person in the seat next to me so I have a bit of space to spread out. I missed my chance for a bit of dinner before the flight. Oh well.