"We can take payment any way you like, even Bitcoin" the lady at the till told me. I asked if they took DogeCoin, because I’m awkward like that, and she wasn’t too clear. Was this going to be a hipster deathmatch, her youthful bafflement against my cynical, bearded granolaism? Can granolaism even be a word?

Sarnies is a noisy and cramped little joint, with an army of servers and baristas crammed in there, and the menu chalked on the wall above the till but back a bit, so you have to angle your neck back at a rakish angle to choose your meal.

I went for the aubergine and hummus sandwich, the only vegetarian sandwich on offer, and was a little disappointed that they were out of hummus. Still, they had guacamole to substitute for it, until whatever chickpea shortage can be rectified. Plus they had rye bread, which is a good alternative from white. I sat with two work colleagues in a tiny, DVT-inducing space by the door, and pretty soon my lunch arrived.

The guacamole, good. The aubergine, insipid. But what do you expect if you order vegetarian, in a place set up for Bitcoin (with all the implications of red-blooded males, drinking heavily hopped IPA and hating government-backed currencies)? The bread was ridiculous though, two slices each almost an inch thick. So much bread, in such a small space; there was no way for me to finish it.

The smoothie that I bought was ok, but again, not great. I should be more forgiving, but when you’ve paid the thick end of twenty five dollars for a sandwich and a smoothie, you expect to be wowed, bowled over, flabberghasted by the sensory overload of deliciousness.

Instead, a sandwich with too much bread in it, and an okay smoothie. Nothing fatal, except perhaps for my bank balance. 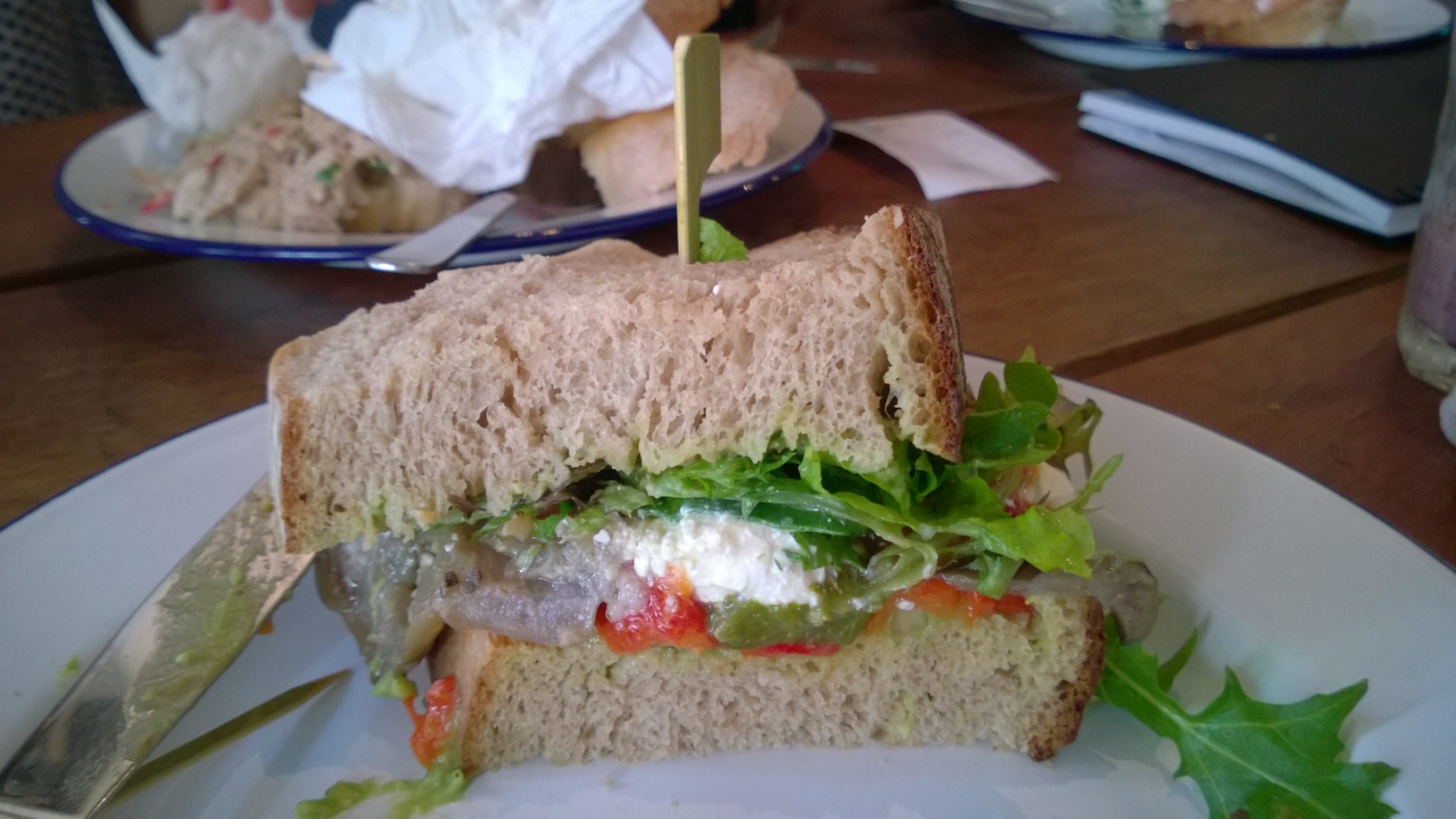