It took me two hours to get from the office to Narita airport. I got a taxi from Roppongi at 5pm and then had half an hour of stress as the circuitous route we took to the railway station felt like it was going on as long as driving to Narita would have taken, even though it was only half an hour. Uncertainty and traffic jams will do that to you. At Tokyo Central Station, I arrived just as a Narita Express departed, which meant a half hour wait for the next one, and then an hour’s ride in an overheated train carriage that smelt of low quality instant noodled, growing more and more nauseous as we travelled to the airport.

I’m not sure if that was from me being too hot, or genuine motion sickness, or my grief at the many and varied emails I was reading on the way to the airport, but I got off the train feeling like I was going to die, and struggling to find my ticket to get through the barriers.

At least I’d checked in online, so that went quick (I was stuck behind a very long queue of school children for a moment, but thankfully got moved past them before I could start freaking out).

Luckily Narita isn’t crowded on a Friday night so security was quick to get through, and then I had the dilemma of what Totorro themed nonsense to buy La Serpiente in penance for my absence. Next year I’ll need to start providing Destroyer with trinkets too, I suppose.

This has been a tough week mentally, ripped from the bosom of my family and deprived of proper breakfast. It’s not good to subsist on Starbucks cinnamon rolls for five days. When I get back, it’s porridge, porridge, porridge. Perhaps that’s a resolution suggesting itself.

It might also be time for my beard to have a trim. Right now it’s getting pretty ridiculous. Maybe that’s why my taxi driver spent so long getting me to the station, he wasn’t sure if he had a passenger in the back, or a wolf to take back to the zoo. 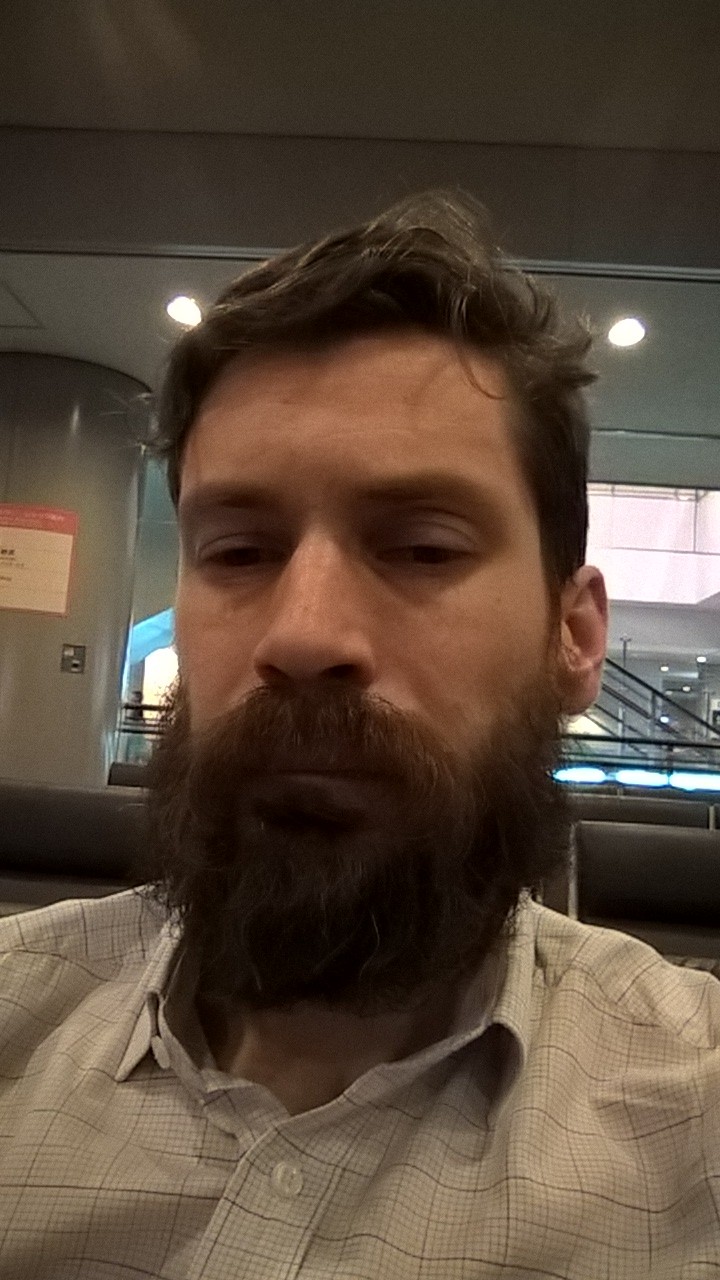 Nothing Much In Particular
beard, narita, nausea, taxi

One response to “Warm and fuzzy”